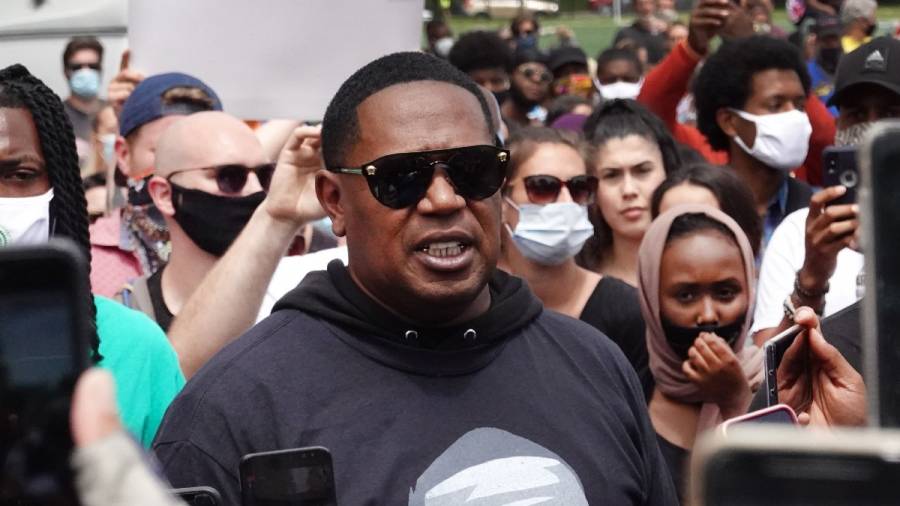 Louisville, KY – Master P has stepped up to make the pain of losing a child at least slightly less agonizing by covering the funeral costs.

3-year-old Trinity Randolph died of multiple gun shot wounds along with her 21-year-old father while she was playing at home in her Frozen dollhouse in Louisville, Kentucky on Friday (August 14). Having been active in the Louisville community for years, Master P pledged his financial contribution to the Randolph family as soon as he heard the news.

“This is a 3-year-old innocent girl that’s gone from her family, from her future, somebody who could have come out of the community and be the next president, doctor, lawyer, teacher,” P told The Courier Journal. “This is sad.”

Earlier this month, Master P also put his support behind the family of 14-year-old Compton basketball star Semaj Miller, who was shot and killed in South Los Angeles on July 29. On August 7, P joined a community vigil and honored the teen, who has no relation to the No Limit CEO.

“We gotta stop this senseless killing,” P said at the vigil. “We gotta be able to protect the kids. Yesterday we were smiling, today we’re in Compton burying kids.”

P’s career and philanthropy was recently highlighted on BET’s five-part docuseries No Limit Chronicles, which also brought renewed interest to his brother C-Murder’s murder case. Social justice reform advocate Kim Kardashian West is now on a mission to put a spotlight on Murder’s incarceration in an effort to have him released, and has teamed up with singer Monica, who used to date the No Limit rapper prior to his life sentence for a 2002 murder.