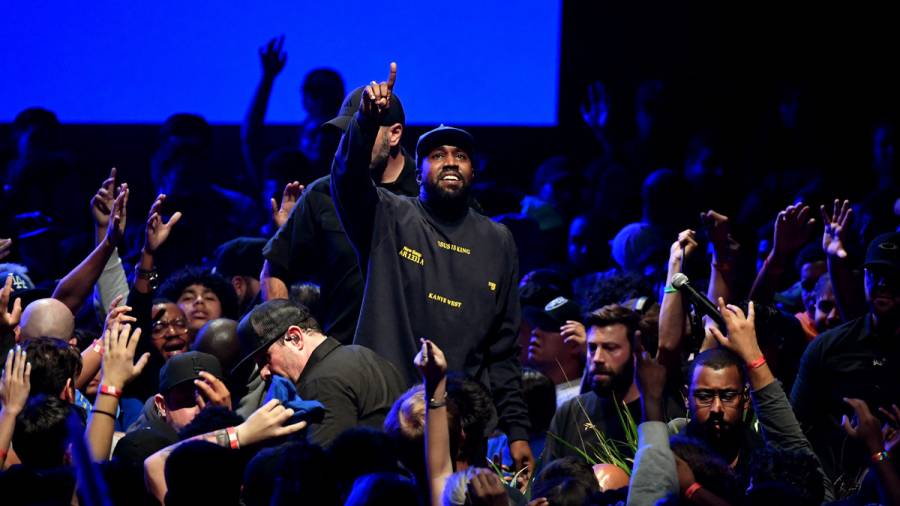 By now, most Kanye West fans know to take his release date announcements with a grain of salt.

Despite declaring his DONDA album would be released on July 24, Yeezy’s LP didn’t arrive when the clock hit midnight Eastern and streaming services updated with the latest batch of new projects and singles.

It’s not the first time a Kanye album hasn’t dropped when he said it would. 2019’s Jesus Is King LP was originally titled Yandhi and supposed to come out in 2018. It ended up getting delayed a handful of times before finally arriving on October 25, 2019 — but not at midnight on a Friday like most albums do.

Jesus Is King was arguably the messiest rollout of his career, but Kanye’s album releases have become chaotic experiences ever since 2016’s The Life Of Pablo. That LP went through multiple name changes, a relatively short-lived period of TIDAL exclusivity and songs getting tweaked after it was already available to stream.

The lead-up to DONDA has been just as convoluted, previously being announced as God’s Country. On July 18, Kanye revealed it had been renamed DONDA and was scheduled to drop on July 24. Two days later, he reaffirmed this release date and shared a 12-song tracklist for the LP.

All of Kanye’s album teases came amid claims he’s running for president and concerns over his mental health. Over the past week, his Twitter antics have become more erratic with him repeatedly calling out the Kardashians and insinuating his wife Kim had an affair with Meek Mill. His behavior is believed to be a bipolar episode.

While some fans were disappointed to not hear Kanye’s DONDA album, many listeners knew it wouldn’t be released. Check out some of the reactions to the LP failing to drop below.

Me knowing that Kanye wasn’t gonna drop but still expecting him to drop pic.twitter.com/S9BjcLQw9o

Kanye at 12:00am tonight pic.twitter.com/F63BdFSyTO

So Kanye played us all… pic.twitter.com/hid2CsR2l7

Kanye hyping Donda all week then not dropping… pic.twitter.com/8gY9qgeat3

Kanye played us again but i expected tjis

THAT’S WHY YOU DIDN’T SEE ME TWEET ABOUT NO DAMN KANYE ALBUM??13 years listening to this man and y’all thought I’d fall for it again

Being a Kanye fan is masochism at this point

This is really how being a Kanye fan feels ? pic.twitter.com/YJeCQKeO4i