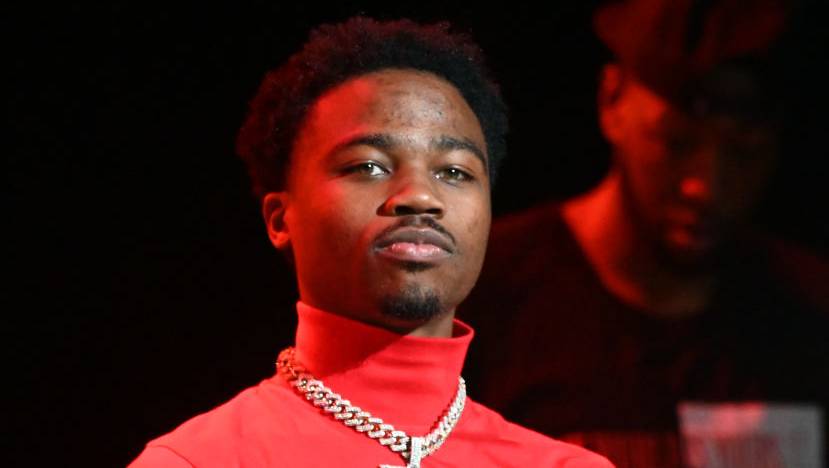 “The Box” rapper Roddy Ricch admits he’s pretty antisocial but even he couldn’t hide his reaction when fans inquired about his recently leaked collaboration with Drake.

“Man, niggas leakin’ the music and shit like that,” Roddy told his followers in between joint his during a brief Instagram Live Saturday (July 4). “That shit crazy!”

As North American rap fans spent their holiday during a global pandemic, a song featuring the platinum-selling pair dubbed “In The Cut” crept its way onto social media. The roughly two-minute track rides a low-tempo bounce and begins with Drake spitting playerisms: “Trendsetter, Ben Frank getter/Whip whatever, whip whatever/I buy diamonds when I’m under pressure/When I apply it, shit don’t ever let up.”

Roddy hops on the beat shortly after crooning drippy confidence like, “Pull up smooth, A.I. [Allen Iverson] with the cross/Countin’ up wins on wins on wins, for all of my dawgs I lost/I might call Pharrell, get the new Chanel/Thugger got the YSL.”

The song first tasted the internet back in March when Drake’s longtime producer Boi-1da was hosting an Instagram TV session opposite his Verzuz challenger Hit-Boy. Speaking of Roddy’s wins, the Compton-bred superstar managed to rack in some W’s before COVID-19 ruined the world.

In March, his signature hit “The Box” became the 39th song to spend at least 10 weeks at No. 1 on the Hot 100 and he currently co-holds the title of the reigning Billboard crown off the strength of DaBaby’s “Rockstar.”

Roddy also had a big 2020 BET Awards last where where he was the recipient of Best New Artist and Album of the Year honors.

For more Roddy Ricch coverage, check out HipHopDX’s video feature: “How Roddy Ricch Went From Compton To No. 1 On The Charts” below.