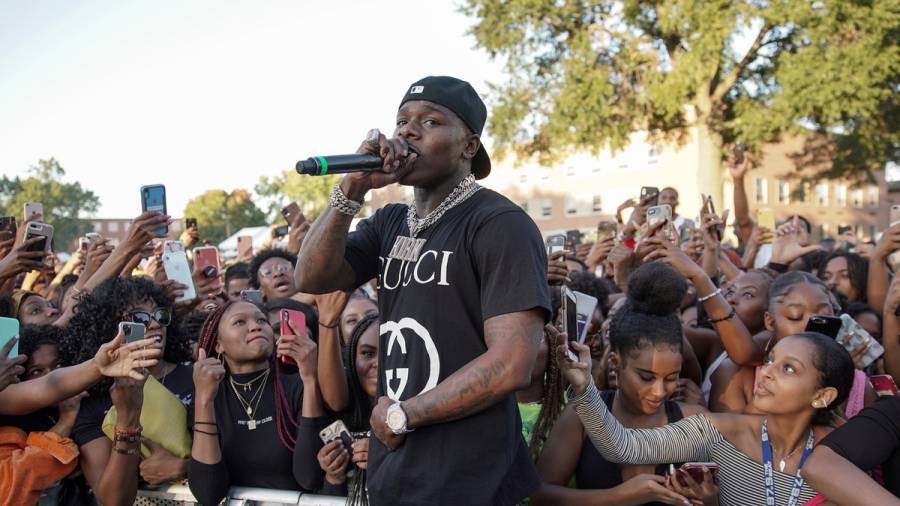 DaBaby — with a little help from Roddy Ricch — has earned the first No. 1 song of his career. The Interscope Records artist’s “Rockstar” collaboration with Roddy reached the top of the Billboard Hot 100 for the week ending June 13.

The track, which appears on DaBaby’s Blame It On Baby album, initially debuted at No. 9 following the April release of his third studio LP. The song ascended to No. 3 last week before finally claiming the top spot on the Hot 100.

While “Rockstar” is DaBaby’s first No. 1 hit, the cut is Roddy’s second chart-topping song of 2020. The West Coast rapper ruled the Hot 100 for much of the year as his single “The Box” spent 11 weeks atop the chart.

Roddy is the first artist to score the first two No. 1 hits of his career in the same year since Ed Sheeran, who did it in 2017. Five other acts — The Weeknd, Macklemore and Ryan Lewis, Adele, Bruno Mars and Kesha — have accomplished the feat over the past decade.

The two have yet to release a music video for the song.

Listen to DaBaby’s “Rockstar” below.