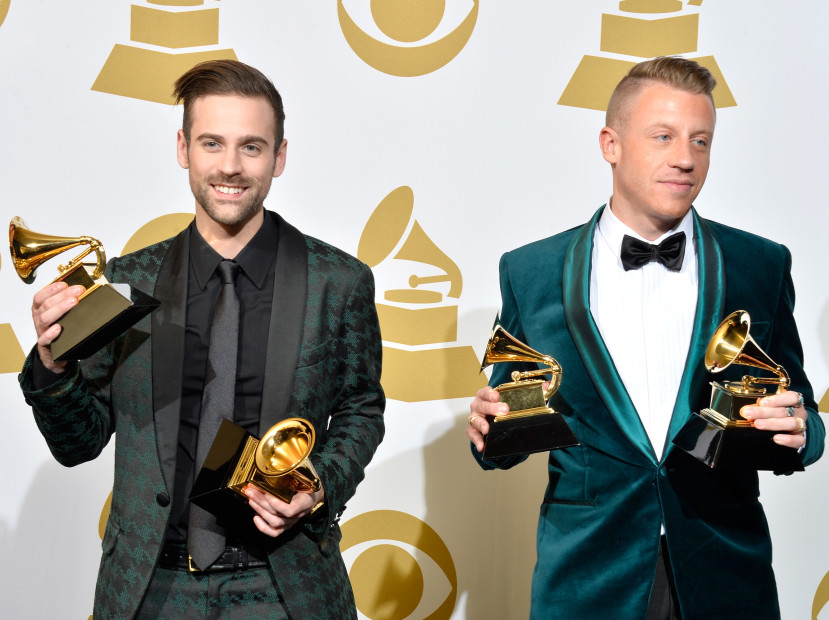 For all its platinum and chart-chopping success, Macklemore & Ryan Lewis’ debut album, The Heist, will forever be known as “the album that beat good kid, m.A.A.d. city at the Grammys.”

Macklemore himself added to the album’s infamy following the 56th Grammy Awards in 2014 when he texted Kendrick Lamar to tell him that his Compton competition was indeed superior to his own work and he posted the iMessage screenshots onto social media.

Released on February 26, 2016, the duo’s sophomore album’s title, This Unruly Mess I Made, alluded to the shake-up the Caucasian duo had brought to Hip Hop and apparently, they’re not done taking a backseat in the spotlight. According to a new report from the Associated Press, a person close to the Grammy nomination process speaking on the condition of anonymity revealed that Macklemore & Ryan Lewis voluntarily withheld the second studio effort from being submitted to potentially be recognized for Best Rap Album and maybe more.

Although The Heist earned the group a pair of Billboard No. 1 hits, a platinum-certified album and four Grammys (the aforementioned Best Rap Album, Best Rap Performance, Best Rap Song and Best New Artist), their big Grammy night almost never happened as the committee initially tried to stick them in the pop category due to the uncharacteristic commercial success as far as Hip Hop releases are concerned.

Featuring songs like “White Privilege II” — an open letter diatribe on race issues in the United States — and guest appearances from cultural heroes such as KRS-One, DJ Premier and Chance the Rapper, This Unruly Mess I Made was a precursor to the duo’s recent Grammy self-exile. In the HipHopDX review of the album, the group was cited for waiving “their rights as America’s token rap stars to be leveled with the more commoner rappers who work just as hard and sell less.”

And sell less it did. According to Nielsen Music, it moved 382,000 units (based on a combination of album sales, song sales and on-demand audio streams) in comparison to The Heist‘s combined 4.3 million units.

Representatives for the rap group and the Grammys didn’t reply to the Associated Press emails seeking a comment. Most likely they were busy hunting for the leak to plug.