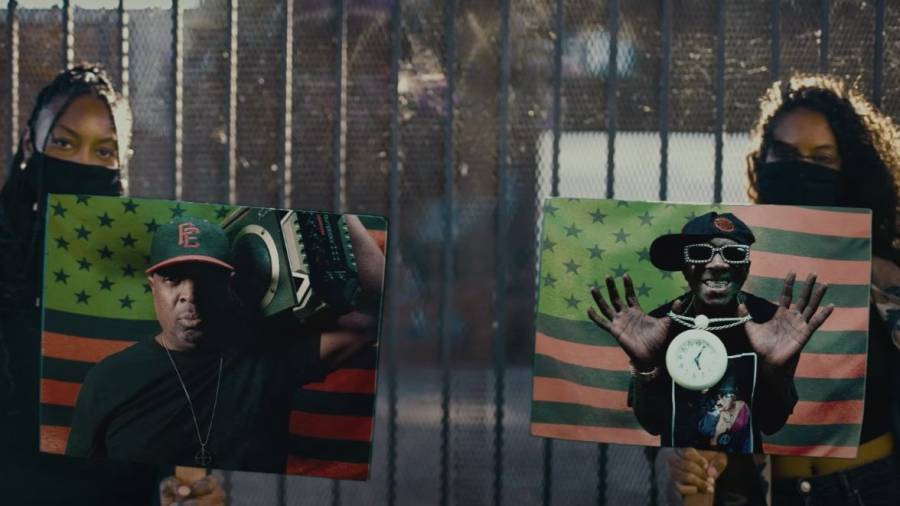 Santa Ana, CA – As the United States continues to protest against racial inequality, statues of famous historical figures are coming down and entire neighborhoods are being renamed that were once a symbol of racism. Now, the John Wayne Airport in Orange County has sparked a heated debate.

Orange County Democrats want the airport renamed and the Wayne statue removed due to the late movie star’s perceived racist views. But according to his son Ethan, his father wasn’t a racist. In a statement obtained by TMZ, Ethan said, “I know that term is casually tossed around these days, but I take it very seriously. I also understand how we got to this point.”

He also addressed a 1971 interview with Playboy in which Wayne said, “I believe in white supremacy until the blacks are educated to a point of responsibility. I don’t believe in giving authority and positions of leadership and judgment to irresponsible people.”

Ethan continued, “There is no question that the words spoken by John Wayne in an interview 50 years ago have caused pain and anger. They pained him as well, as he realized his true feelings were wrongly conveyed.”

Although Ethan didn’t say his father was misquoted, he insisted Wayne “did not support ‘white supremacy’ in any way and believed that responsible people should gain power without the use of violence.”

But Public Enemy has confronted Wayne’s alleged racism in their music for roughly 30 years, most notably in the anthemic song “Fight The Power” from both 1990’s Fear Of A Black Planet and the soundtrack for Spike Lee’s 1989 film Do The Right Thing.

Chuck D raps in the third verse, “Elvis was a hero to most/But he never meant shit to me/Straight up racist, the sucker was/Simple and plain” as Flavor Flav comes in with “Muthafuck him and John Wayne!”

Often heralded as one of the most “provocative” and influential songs ever, “Fight The Power” provided a soundtrack for a revolution and continues to be a call-to-action today.

The Wayne part was directly inspired by the aforementioned Playboy interview and intended to highlight discriminative culture. In a 2002 interview with Newsday, Chuck elaborated on his lyrics about Elvis Presley.

“As a musicologist — and I consider myself one — there was always a great deal of respect for Elvis, especially during his Sun sessions,” he said. “As a black people, we all knew that. My whole thing was the one-sidedness — like, Elvis’ icon status in America made it like nobody else counted … My heroes came from someone else. My heroes came before him. My heroes were probably his heroes. As far as Elvis being ‘The King,’ I couldn’t buy that.″

Public Enemy performed an updated version of “Fight The Power” at the virtual 2020 BET Awards on Sunday (June 27) alongside several Hip Hop luminaries from multiple generations, including Nas, Rapsody, Questlove, YG, Jahi and Black Thought. Chuck and Flav closed out the song with almost the same words they used in the original (minus the “muthafuck”).

And still, the message applies.