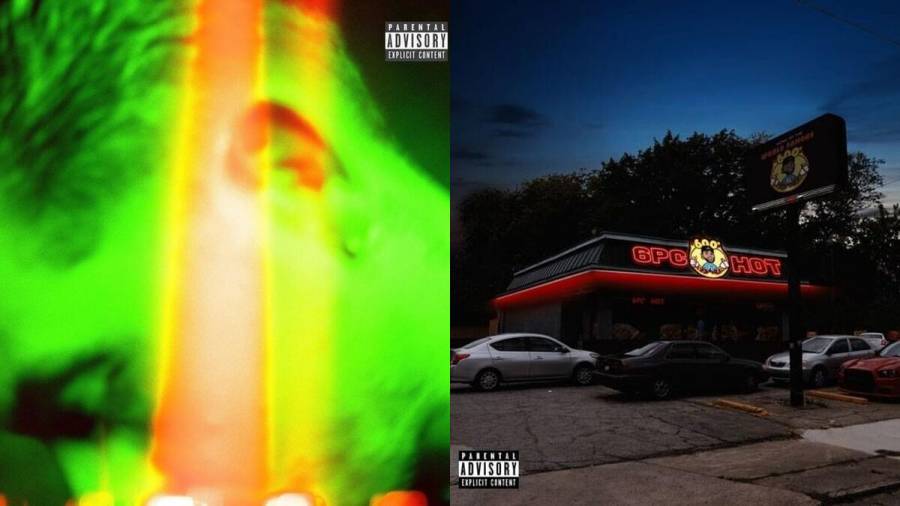 June got off to a slow start, but the release schedules for Hip Hop and R&B have ramped up to close out the month. Last week, major artists such as Teyana Taylor, Wale and A Boogie Wit Da Hoodie all dropped new music amid the celebration of Juneteenth.

For the final New Music Friday of the month, another stacked lineup of projects has arrived on digital streaming platforms. G-Eazy, 6LACK, Max B, IDK, CeeLo Green, Lil Durk, Lord Finesse and Z-Ro are among the noteworthy names sharing albums, EPs, deluxe editions and mixtapes for fans’ listening pleasure.

Check out all of this week’s notable Hip Hop and R&B projects below.

While fans wait on G-Eazy’s These Things Happen Too album, the multi-platinum selling rapper has provided them with a side project titled Everything’s Strange Here. The 10-song set was originally supposed to drop on June 5 but got pushed back due to the Black Lives Matter protests sparked by the police killing of George Floyd.

6LACK has returned with 6pc Hot, his first project since 2018’s East Atlanta Love Letter album. The EP doubles as a promotional tool for his new hot sauce 600 Degrees, which is being offered at Goodfellas Pizza & Wings in Atlanta.

Atlantic Records hopes it found another teenage success story in Bankrol Hayden. The 18-year-old artist has released his debut Pain Is Temporary, which boasts guest appearances by Lil Baby and Polo G.

IDK has recruited Denzel Curry, Juicy J, A$AP Ferg, Wale, Maxo Kream and more for a second edition of IDK & Friends. The project also serves as the soundtrack for Kevin Durant’s Basketball County documentary, which IDK worked on as the music supervisor.

Lil Durk has joined in the deluxe trend by releasing an expanded edition of his Just Cause Y’all Waited 2 album. The updated version adds seven songs to the LP, which originally dropped in May.

Vic Spencer, Verbal Kent and Sonnyjim have joined forces to form the trio Iron Wigs. Their debut album Your Birthday’s Cancelled is a showcase for the group but accentuated by contributions from Roc Marciano, Quelle Chris and CRIMEAPPLE.

Max B won’t be getting out of prison until 2021, but incarceration isn’t stopping him from releasing music. After dropping his House Money EP to close out 2019, Biggaveli has delivered a five-track EP titled Charly to heat up the summer of 2020.

Kemba – The World Is Watching [Self-Released]

Following a stint on RCA Records, Kemba has found himself back on the independent grind with The World Is Watching EP. Thanks to his label freedom, the skilled lyricist takes an opportunity to address the unrest in the country and share an EP featuring an exact runtime of eight minutes and 46 seconds in honor of the late George Floyd.

Three years after flirting with retirement, Z-Ro proves he’s got no intention of slowing down with the release of Rohammad Ali. The album marks his fourth project since 2017’s No Love Boulevard, which he once claimed would be his swan song from the rap game.

Legendary producer Lord Finesse has reimagined multiple Motown classics for his new project Motown State Of Mind. The Diggin’ In The Crates member puts his spin on the work of Marvin Gaye, Michael Jackson, DeBarge and more on this special remix album.

Blimes Brixton and Gifted Gab’s multiple collaborations have finally resulted in a full-length album from the two. The duo’s debut LP, Talk About It, includes 16 tracks and features Method Man, Jay Park and IAMSU!

Canadian duo 88GLAM reemerges with NEW MANIA after last being heard on 2018’s 88GLAM2. The project is an independent release, raising questions about their status on The Weeknd’s XO Records.