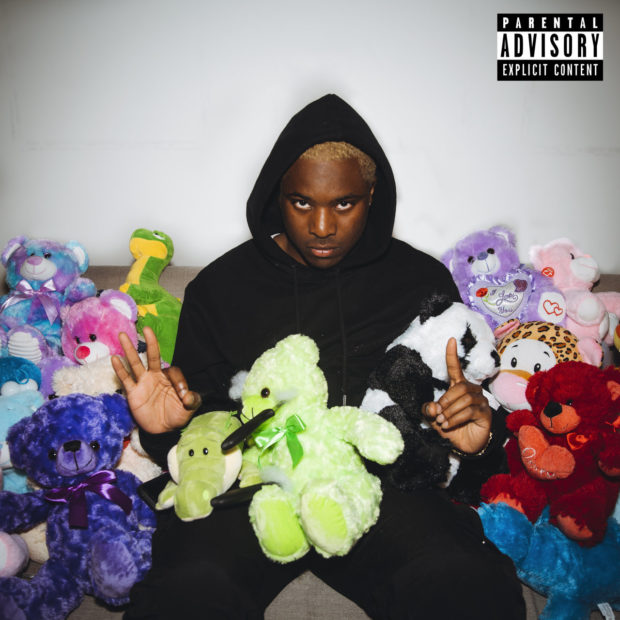 Adult Swim signee IDK (also known ask Jay IDK to day one’s) has been ignorantly delivering knowledge for several years now. Though he’s not a household name, Prince George’s County’s own has made waves and forged connections within the rap world. So much to the point that he’s able to bring out guests for a duet album of sorts. The seven-track IDK & Friends is enriched by its guest list without ever losing focus of who its primary author is.

There are a few big names here (see: Denzel Curry and Wale) but Jay’s main goal seems to be to match with an artist who can bring out the best in a track, and vice versa. “Poke Poke,” the album’s intro, finds Thirty Rack and his Batman-levels of throatiness perfectly at home with the cut’s haunting bassline, thumping drums, and IDK’s haunting “nah nah” chant. Even though Thirty Rack’s lyrics are simple – “Worth a couple M’s, please don’t choke, nigga/Drive around the city, you want smoke, nigga?” – he spits, his delivery adds to the cut’s foreboding feel and builds anticipation for the rest of the EP.

The last six songs do not disappoint. “Moral” is slick, but things truly pick up on “Once Upon A Time (Freestyle).” IDK steps up his game to match guest Denzel Curry, who comes out the gate strong with nimble bars like “Uh, when it comes to wordplay, I’m bringin’ it/Everything I do is spine-tinglin’/Guaranteed to keep your mind lingerin’/When it comes down to me and the world, I’m fingerin’.” Not to be outdone, IDK follows with multisyllabic hilarity like “The diamonds on my neck wet, flippa/She wet but her last man wasn’t a good swimmer.” He’s not saying anything new, and the argument can be made as to whether he’s saying much of anything at all. However, IDK’s dually comedic and bombastic presence on the mic, which he bends to match the tone of his guests, make this EP an entertaining affair.

There are a few occasions where IDK’s exuberance is obnoxious rather than engaging. Crypt’s earsore of a beat backs Jay’s cringe-worthy chant of “I take yo stacks!” on “Bad News.” Not every MC has to be as intellectual as Rapper Big Pooh or as personal as Kendrick Lamar, but a little more heart would have done this EP some good. By the same token, “Stop” is nothing out of the ordinary from a lyrical standpoint. Yet, the traptastic beat courtesy of Travagant, Obi Nwadije, and Efosa entrances so much that, were it elevator music, you’d hit the emergency button just to be locked in with it for hours on end. More often than not, the production makes up for a lack of lyrical originality.

Heavyweight Wale and cult favorite Domo Genesis are respectively on the final two tracks, which aid a formidable finish. “OMG” finds IDK matching Wale’s elongated delivery to a delightful effect. The closing “Good News” erases the vibes of “Bad News” with a declaration to rap labels: “Riddle me this and riddle me that/If the contract look like a riddle, I’ll give you a slap/The contract look like a Skittle, I’ll give you the dap, that’s sweet.” IDK knows his worth and isn’t afraid to hold out for it. Whether or not he gives us that truly raw album he’s capable of, or ever becomes world renown, is to be determined. For now, IDK & Friends stands as a thoroughly enjoyable project.