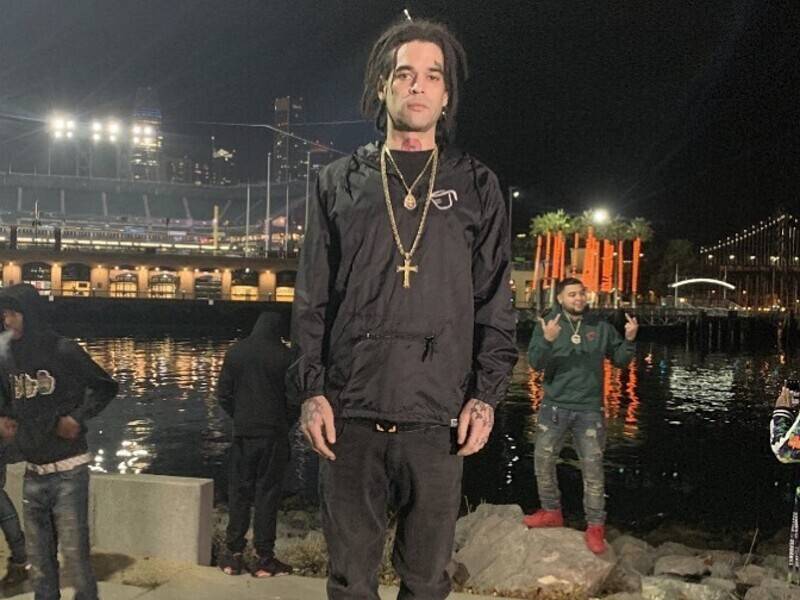 Bay Area-based rapper A-Wax is under investigation for a homicide in Pittsburg, California. According to The Mercury News, A-Wax was arrested on a murder warrant last Tuesday (March 10) but has only been charged with gun-related crimes.

The rapper, whose real name is Aaron Scott Doppie, was charged with three felony counts for his alleged possession of a loaded gun and two large-capacity magazines. But deputy district attorney Jen Tompkins reportedly convinced Judge Leonard Marquez to set A-Wax’s bail at $1.1 million after revealing the Hip Hop artist is being investigated for murder.

A-Wax’s attorney Paul Alaga indicated the murder investigation was for a 20-year-old case, but prosecutors denied the claim. The deputy district attorney asserted A-Wax is under scrutiny for a recent homicide.

“This is a current homicide being investigated, not a 20-year-old case,” Tompkins said.

Police allegedly found a loaded gun with a 30-round magazine, a 100-round magazine and more ammunition when they picked up A-Wax on the murder warrant. His attorney argued the gun and ammo were “nowhere near” his client, labeling the charges as “pure speculation.”

Prosecutors haven’t revealed any details about the murder investigation, including the victim’s name. A-Wax could be stuck behind bars for the foreseeable future though as coronavirus concerns have delayed court proceedings.

A-Wax’s bail hearing was scheduled for March 27 but is expected to be postponed. Contra Costa County courts have suspended operations for two weeks due to the coronavirus pandemic.