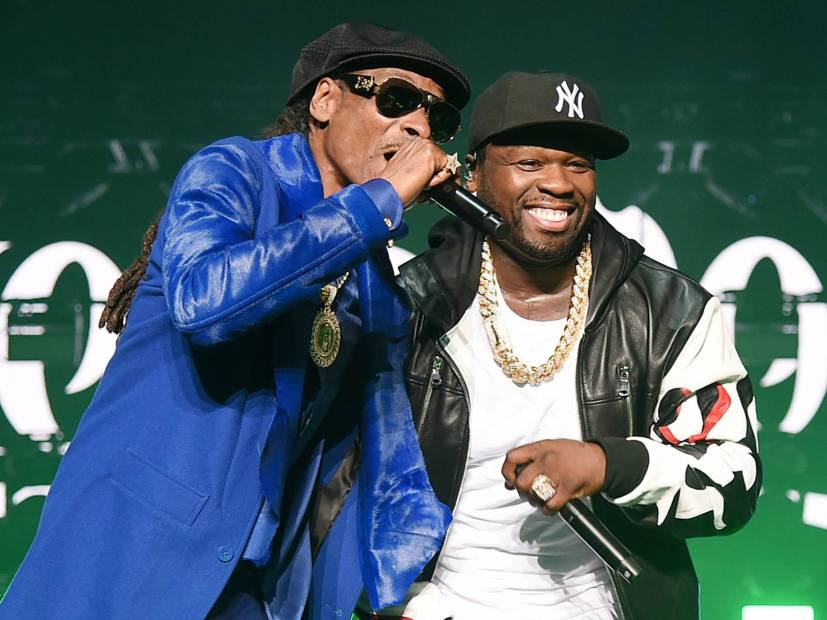 50 Cent was one of the many who weighed in on Gayle King’s controversial interview with WNBA legend Lisa Leslie. During their conversation, King brought up Kobe Bryant’s 2003 sexual assault case and asked Leslie if it made his legacy more “complicated” for her.

A clip of the interview, which King insisted was taken “out of context,” made the rounds and infuriated many Bryant fans who considered the timing of the question disrespectful in the wake of his death — Snoop Dogg was one of them.

.@WNBA legend @LisaLeslie told @GayleKing that Kobe Bryant's legacy is "not complicated" for her despite his 2003 rape accusation.

"I don't think it's something that we should keep hanging over his legacy." https://t.co/qj6MVvOaqX pic.twitter.com/9qtVORobLO

The West Coast gangsta rap vet had some strong words for both King and her best friend Oprah Winfrey who has faced criticism over her connection to a documentary centered on one of Russell Simmons’ sexual assault accusers.

On Wednesday (February 12), Fiddy continued to fan the flames on Instagram with a meme of Winfrey and King in a car together with a mean looking Snoop (a still from the 2001 film Baby Boy) glaring at them from another vehicle.

“Oprah: Shit, Gayle just drive he looking over here” it reads across the top.

In Snoop’s original post, he condemned both King and Winfrey with a simple “fuck u” and called for Bill Cosby’s freedom in the process.

He later expanded on his thoughts in an Instagram video, which caught the attention of both sports journalist Jemele Hill and former U.S. National Security Adviser Susan Rice who told Snoop to “back the **** off” of King.

Hill, on the other hand, reminded Snoop the disgraced comedian was a convicted sexual predator.

Bill Cosby was the same dude telling black men they didn’t deserve any respect because they wore their pants too low, they listened to hip hop, and cussed too much. But please, come to the defense of someone who loved to moralize to our community while raping women.

In the wake of the Leslie interview, Winfrey revealed King was receiving multiple death threats. Uncle Snoop eventually clarified his statements and denied ever threatening King.

“I’m a non-violent person,” he said. “When I said what I said, I spoke for the people who felt like Gayle was very disrespectful towards Kobe Bryant and his family. Now with that being said, what’d I look like want some harm to come to a 70-year-old woman? I was raised way better than that.

“I didn’t want no harm to come to her, I didn’t threaten her. All I did was say check it out, you out of pocket for what you doing and we watching you. Have a little bit more respect for Vanessa, her babies and Kobe Bryant’s legacy.”