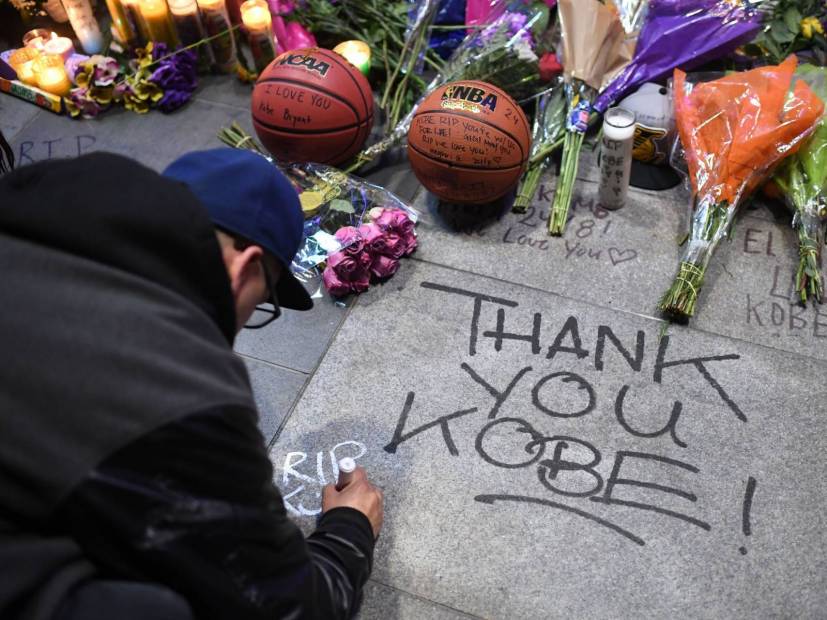 Los Angeles, CA – The city of Los Angeles will hold a public memorial for Kobe Bryant, his 13-year-old daughter Gianna and the seven other people who were killed in a helicopter crash last month. According to the Los Angeles Times, the event is scheduled for February 24.

Although Bryant’s memorial could draw more people than the 20,000-capacity venue can hold, it makes sense to hold it in “The House That Kobe Built.”

Last week, Los Angeles Mayor Eric Garcetti said plans for a memorial were underway as he reflected on Bryant’s legacy.

“We are one city that believes in each other, believes in something bigger than ourselves and we will absolutely do everything to make sure that this is done so that everybody can come to it as well.”

Bryant soared to legendary status at the Staples Center during his 20 years with the L.A. Lakers. Following the fatal crash, fans flooded the famous venue to pay their respects.

The retired NBA superstar died on January 26 after his private helicopter crashed into a Calabasas hillside. He, his daughter and the seven other passengers (including the pilot) were on their way to the Mamba Sports Academy for a youth basketball game, which Bryant was expected to coach.