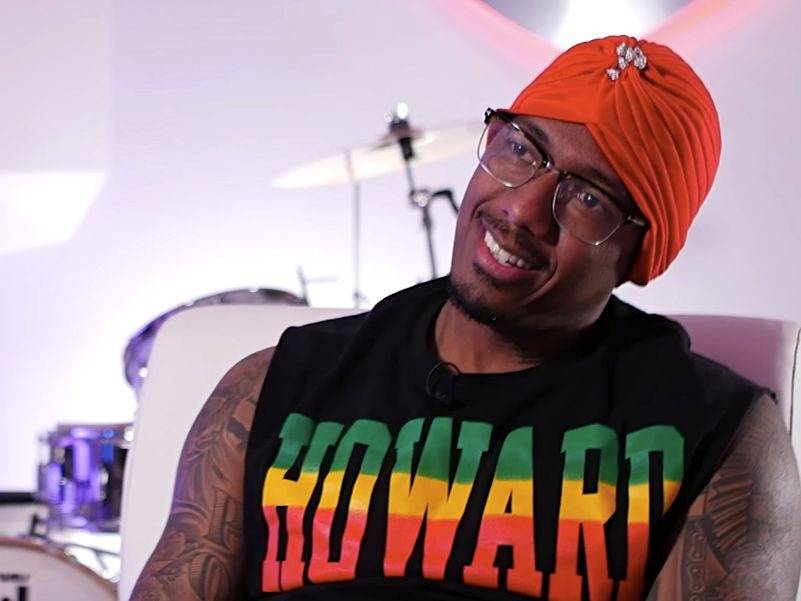 Nick Cannon On Eminem Homophobia Accusations: 'I'm Not Scared Of Him Sucking Dick'

Nick Cannon recently sat down with DJ Vlad to discuss a myriad of topics, including — yep! — Eminem. The two engaged in some lightweight beef at the end of last year after Shady dissed Cannon and his ex-wife Mariah Carey on the Fat Joe and Dre single “Lord Above.”

Cannon responded with not one but three diss tracks — “The Invitation” featuring Suge Knight, “Pray For Him” with The Black Squad and “Canceled: Invitation.” On the first diss track, the Power 106 personality accused Em of letting his chauffeur give him oral sex.

While speaking to VladTV, Cannon admitted he got his karma when Orlando Brown claimed he performed the same act on Cannon last month.

“That’s karma like a muthafucka too though because if you think about it … First of all, there is that rumor out there that he’s very promiscuous with his sexuality, possibly,” he said. “I’ve heard that just from … out there. I make jokes about that. Like once you get successful, you’re automatically gay. That’s what they believe. Karma like a muthafucka! I had no substantial evidence … really the rhyme scheme is what I thought was dope … it was some wordplay shit. Really saying, be careful with the circle that you got around you is really what I was getting at.

“Some people were saying I was being homophobic. I was like, ‘I’m not scared of him sucking dick. There’s nothing scary about it, if that’s what you like.’ I was like, ‘Bring all your boyfriends to show. Come to the show muthafucka.’ So Orlando Brown comes out with just as ridiculous accusations toward me. I was like, ‘Oh man, karma is a muthafucka!’ Shouts out to that. I actually think Em handled that pretty well. He handled that with a sense of humor, said I was making his gardener jealous, called me a ‘bougie’ [fuck].'”

Earlier in the interview, Cannon said his recent engagement with Em was calculated and “worked tremendously” to promote his various endeavors.

“2008, I was angry,” he said. “I was upset. I wanted to whop his ass. 2019, I’m more level-headed. I’m more educated and I’m more calculated. I have brand new morning radio show that’s doing very well. I have Hip Hop battle rap television show that’s doing very well. Ooh, let’s use this. I got a record label with artists that are signed. Yo, y’all can get some attention. Let’s go ahead and get this. He got them fans. He got them Stans. Let’s go get this attention.

“Let’s create this conversation. I got a whole new group of followers now because of this process. I’m gonna promote Wild ‘N Out. I’m gonna promote my radio show, so the first thing I did was talk about it on my Power 106 radio show. Views. Boom. YouTube. I’m like, ‘Oh, I’m liking this.’ That was just me conversing. That was me calling him ‘All Lives Mathers.’ ‘Grandpa Marshall.’ I’m having fun and I’m like, ‘Ooh this is going viral.'”