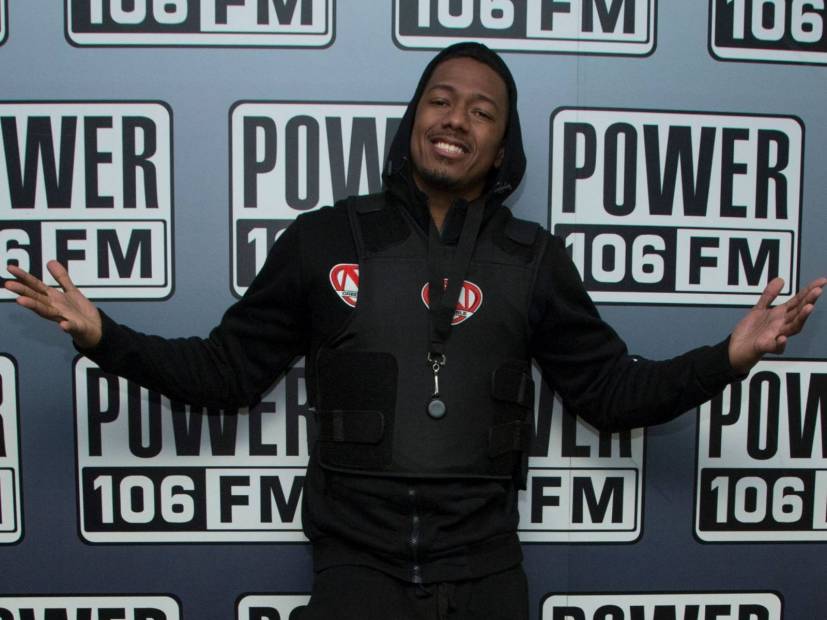 During Cannon’s Power 106 show, he addressed the song and said it wasn’t worthy of response — while essentially responding.

“Em has been doing this forever,” he says in the clip. “He should change his name from Eminem to Percocet. What’s the pills that old people take? We gonna call him Cialis. Bring your walker, get out your wheelchair Eminem and pop whatever you pop.

“Should I respond back? It’s not worthy of a response. Then I gotta get in my time machine and put my jiggalo jersey on.”

From there, the Power 106 crew threw on the track, which includes lines such as, “I know me and Mariah didn’t end on a high note/But that other dude’s whipped, that pussy got him neutered/Tryna tell him his chicks a nut ‘fore he got his jewels clipped/Almost got my caboose kicked/Fool, quit, you not gon’ do shit/I let her chop my balls off too before I lost to you, Nick.”

Nick WANTS ALL THE SMOKE💨…and in his SANTA SUIT‼️😩 Should @nickcannon DISS #Eminem back??🤔👇🏽😳

During the song, Cannon does his best rendition of Slim Shady, which closely resembles comedian Chris D’Elia’s impression. Someone off camera says, “Aww, but he’s a legend though.” Cannon snaps back, “No he’s not” and laughs.

The bad blood between Em and Cannon stretches back years. More recently, Cannon referred to Shady as “Elvis on crack” in an interview with VladTV.

Check out the clip above and Fat Joe’s Family Ties cut “Lord Above” below.