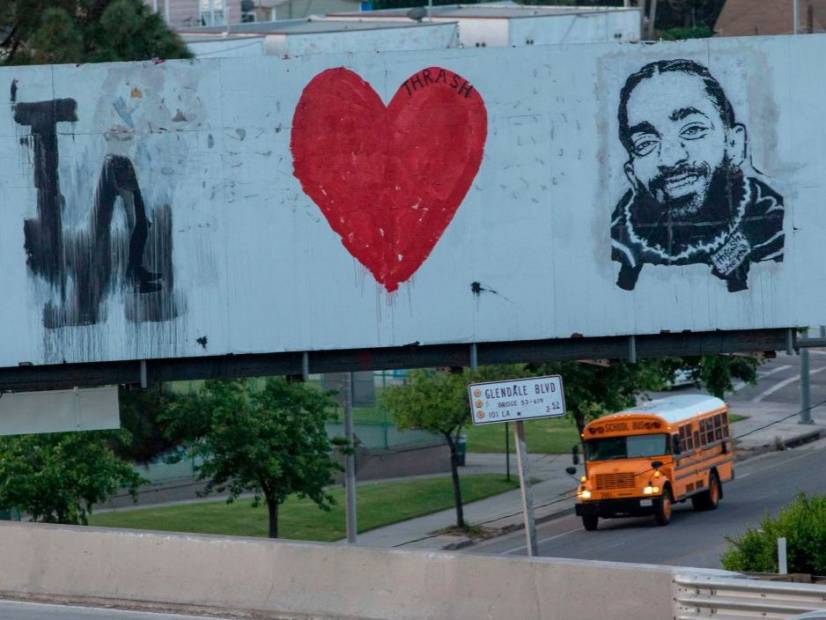 Los Angeles, CA – Nipsey Hussle’s legacy continues to leave a mark. Following his March 31 death. The Marathon Book Club was formed after a fan-made list of every book he ever mentioned went viral.

According to the Los Angeles Times, the club is comprised of 74 black men and two Latinos divided into four chapters based in Oakland, New York, Washington, D.C and L.A. They meet monthly to break down the books that motivated Hussle.

It includes “professors, entrepreneurs, corporate executives, investment bankers and at least one former athlete” and uses the conversations around their reading material as a vehicle for deeper discussion. Mental health, toxic masculinity, personal struggles and career advice are openly discussed with the intention of learning from Hussle’s mindset.

Founder of The Marathon Club Rashad Drakeford said, “Seeing brothers talking about the journey while they are in it makes you realize, ‘I’m not alone in this,'”

The LA Times reveals one book in particular, The Spook Who Sat By The Door by Sam Greenlee, struck a chord with the club’s members because they know “what it’s like to be the only black voice in the room.”

Inspired by Greenlee’s own life, the story follows former gang member Daniel Freeman’s pursuit to become the “nation’s first black CIA officer — or spook.” Nip reportedly wanted to name his next album after Greenlee’s novel, which he talked about during an interview with The Breakfast Club in February 2018.

During Nip’s last visit in December 2018, he bought $400 worth of books, including research for a proposed documentary on Black Panther activist Fred Hampton. His recommendation also helped sell 24 copies of 3 Magic Words last year, which Lauren London described it as one of the couple’s favorite reads.

Eso Won Books didn’t sell any copies the year before. The co-owner says patrons now flock to the store with “Hussle’s reading list in hand, and the books he revered are flying off the shelves.”