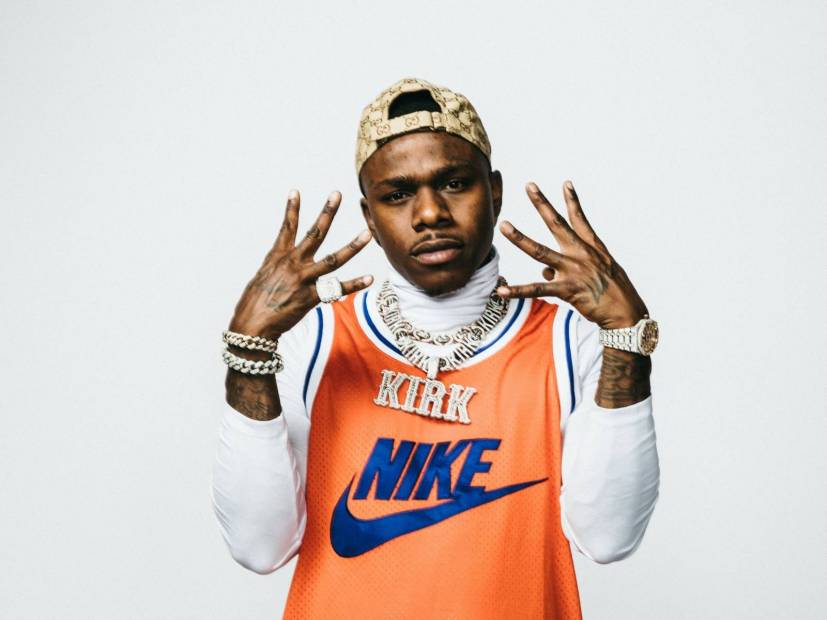 Los Angeles, CA – Hip Hop has always been a sport of who’s the best and there have been plenty of rappers who’ve issued challenges to whoever is on top. DaBaby has become one of the hottest rappers in the game and with his fiery ascent to the top of the Hip Hop mountain comes possible challengers to his throne.

During an interview with The Rap Pack  — consisting of Spotify Head of Urban Carl Chery, HipHopDX Editor-In-Chief Trent Clark and Keep Cool co-founder and A&R Jon Tanners — DaBaby revealed he’s more concerned with his music and money than anyone challenging him and dissing him on wax.

DaBaby also gave a warning to anyone who tries to fire shots at him on wax.

“You can’t talk about my momma and be in the same room as me,” he added. “We ain’t playing like that. I can’t play like that so I’m not even going to sit here and act like I’m cool with that. I’m not going to act like my reaction is, ‘O.K. let’s keep it on the beat.'”

DaBaby has been having a successful year so far. His debut album Baby on Baby entered the Billboard 200 at No. 25, spawning his first Top 10 hit “Suge.” He followed that up with his second studio album KIRK, which debuted at No.1 in September. On top of winning the Best New Hip Hop Artist at the 2019 BET Hip Hop Awards in October, DaBaby was awarded the HipHopDX Award for Best Music Video of 2019 for “Suge” on Tuesday (December 17).

Check out the rest of The Rap Pack’s interview with DaBaby above where he talks about the future of street rap, being the best rapper and why YoungBoy Never Broke Again is one of his favorite rappers.