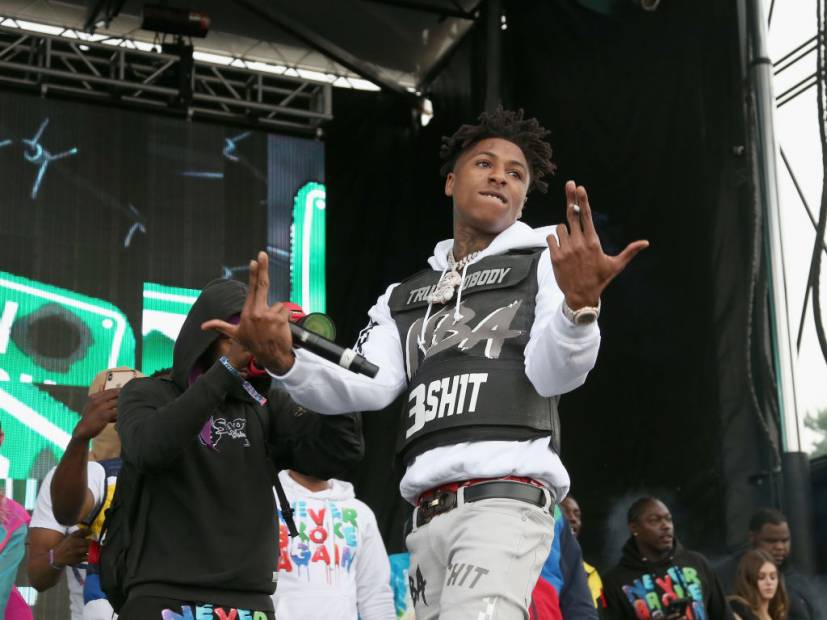 The cut features YoungBoy’s harsh lyrics about a trifling experience with an ex, possibly referring to the rumored relationship with Floyd Mayweather’s daughter, Iyanna Mayweather. He raps over an interpolated version of MJ’s classic, with minimal Hip Hop drums and percussion playing against the instantly recognizable guitar chords from the original.

The release is also accompanied by a music video that emphasizes the strife in YoungBoy’s relationship. Directed by Louie Knows, the video shows a young ski-mask-wearing woman breaking into YoungBoy’s guarded compound while he plays video games. She evades a pair of heavily armed guards before smashing the windscreen and later slashing the tires of his expensive black Maybach — the same crime he accused his ex of doing to him.

AI YOUNGBOY 2 recently reached #1 on the Billboard 200 charts, selling over 110,000 units in its first week. The mixtape is the rapper’s first chart-topping project, marking a successful follow-up to his 2017 RIAA gold certified “AI YOUNGBOY.”

Check out the other hit singles from AI YOUNGBOY 2, “Self Control” and “Make No Sense.”

And see exactly what inspired YoungBoy’s performance in the classic MJ original below and his reaction to having his tires slashed.

MAN WTF … which thotiana did this to #nbayoungboy