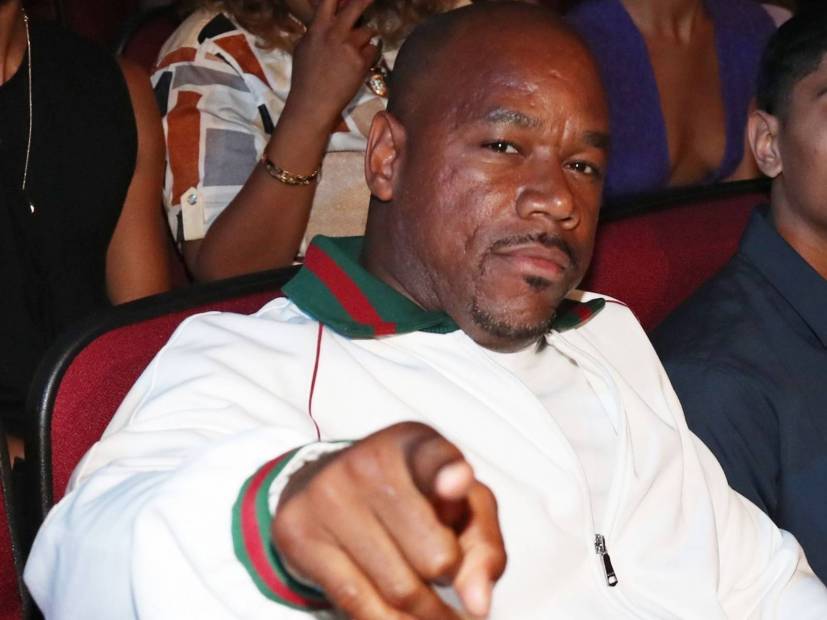 In the clip, Wack is noticeably heated as he fights through a sea of people in what social media is assuming is an attempt to locate J Roc. It sounds like Wack shouts, “Roc knocked me out!”

I ain’t really see no real fight happen, but this probably after pic.twitter.com/11ShEofVzJ

However, Wack has denied he was on the receiving end of a beatdown and addressed the allegations via Instagram while showing off his scratch-free face.

He wrote in the caption, “Whooping Wacks ass takes more than words it takes a action ! Glad to see I still control the narrative.”

Whooping Wacks ass takes more than words it takes a action ! Glad to see I still control the narrative….

Wack has made several controversial comments about the slain rapper in the wake of Nip’s March 31 death. Most recently, he asserted Nipsey wasn’t a legend because he didn’t have the numbers to back it up.

“What’s a legend?” he told TMZ earlier this month. “Define a legend. Let’s keep it real. If Dr. Dre died right now, we’d say we lost a legend, right? Based upon what? Numbers, right? Body of work, right? How many albums did Nipsey drop? One album, right? This not no personal shit. This is real shit.”

As a result, he caught the wrath of several of Nip’s peers, including Meek Mill and T.I. who adamantly disagreed with Wack’s assessment.

Although Wack disputes the beatdown claims, social media isn’t so convinced. Check out some of the comments below.

As he should've! JRoc don't play when it comes to Nip https://t.co/GhcqJgM993

Nipsey’s bodyguard JRoc smacked Wack 100 tonight for throwing that shit on Hussle name. Aye man, I say: you can say whatever you want to but you can’t say how someone should respond so be prepared 🤷🏾‍♂️

So JRoc beat up Wack…FINALLY😭! We all knew this was coming. pic.twitter.com/phIPJHtZtL

Get your ass whipped by Tyson for disrespecting Pac.

Get your ass whipped by JRoc for disrespecting Nipsey.

The universe works one way. You would thing they would learn..