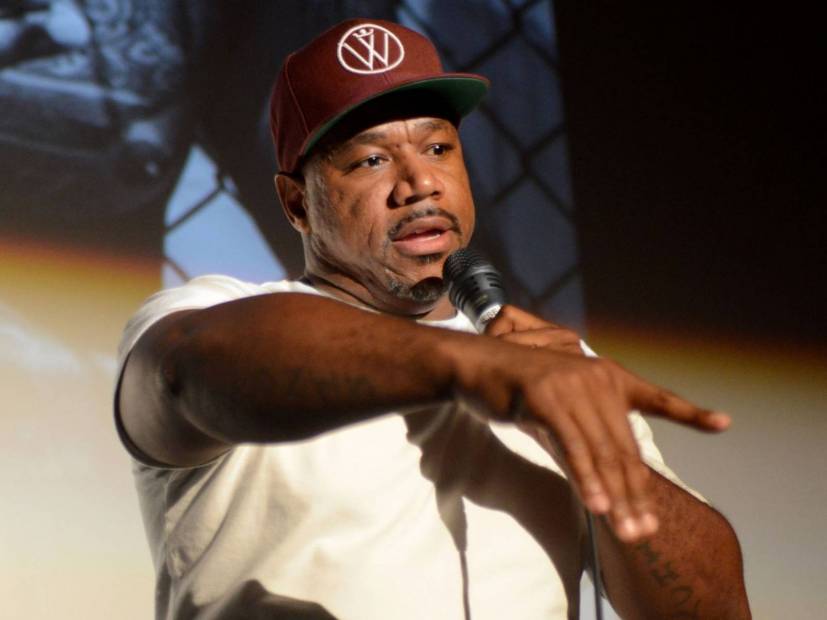 It’s been roughly nine months since Nipsey Hussle was gunned down in front of his Marathon Clothing store by alleged shooter Eric Holder. Despite his absence, his legacy lives on — but not everybody is exactly singing his praises.

On Saturday (November 30), TMZ caught Wack 100 outside of The Game’s 40th birthday celebration. The veteran music manager has been extremely vocal about his feelings toward the late rapper.

This time, he was confronted about his client Blueface and their claims Neighborhood Nip wasn’t a legend.

“He wasn’t,” Wack says matter-of-factly. “What’s a legend? Define a legend. Let’s keep it real. If Dr. Dre died right now, we’d say we lost a legend, right? Based upon what? Numbers, right? Body of work, right? How many albums did Nipsey drop? One album, right? This not no personal shit. This is real shit.

“The man died with a million followers. No radio hits. No platinum hits. No world tours. After he died, he went platinum, sold a bunch of records, followers went up nine, 10 million. First of all, we gotta define what a fucking legend is and what it fucking ain’t. Was he on his way? I think within time, yes he would have been. At the time of his demise … let’s keep it real. The truth can’t be defined as disrespect. If it is, that means you lyin’ to you muthafuckin’ self.”

Last month, Wack was forced to apologize for his controversial comments about Nip. In a leaked audio clip, Wack appeared to defend Holder and cite gang conduct as justification for the shooting.

“Shitty Cuz, the alleged gunman, when it comes to the rules of engagement of gang banging, he did what he was supposed to do when another gang banger calls you a faggot, a pedophile or a snitch,” Wack said. “You supposed to handle your business. And can’t nobody say that’s wrong.”

After the clip went viral, Wack said he received a phone call from Nipsey’s former manager, Eugene “Big U” Henley, who encouraged Wack to apologize.

“ALRIGHT YOU GUYS WIN,” the post read. ”@BIGU1 CALLED ME AND SCOLDED ME. ILL BE QUIET NOW.”

I’m back in my game room watching TV. You guys win #ImSorry

However, those sentiments didn’t last long. In a follow-up interview with the No Jumper podcast, he doubled down on his original comments and labeled the Nipsey love “fake.”