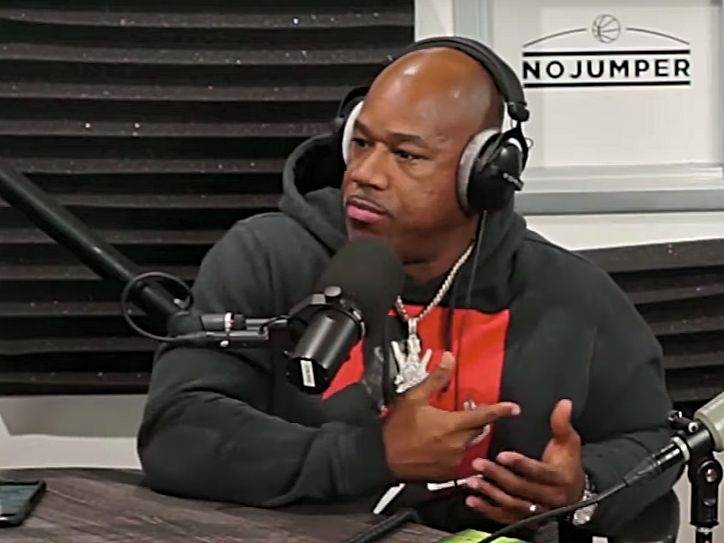 Wack 100 stopped by the No Jumper podcast with his client Blueface and addressed his recent inflammatory comments about the late Nipsey Hussle.

The longtime music manager ultimately apologized for appearing to defended Hussle’s alleged killer Eric Holder at the request of Nip’s former manager Eugene “Big U” Henley late last month. However, he reinforced his original sentiments during his conversation with Adam22.

Wack continues, “Nipsey’s a rapper, Game is a rapper. If something happens in Cedar Block where Game is from, Game is not going to be the go-to guy to retaliate on the block. That’s not what he does … everybody don’t play the same role.

“In this situation, you have a rapper and you have a dude who is a straight, authentic gang member. His whole life are these blocks. In the culture of gangbanging, when you call a muthafucka a bitch, a snitch, a rapist, a pedophile — when you call somebody these things in this jungle, it’s no different than you being a football player and going on the field without your helmet on. You’re going to get hit.”

Nip was shot, of course, because he allegedly called Holder a snitch.

Wack also spoke about the seemingly endless support Nip received in the wake of his March 31 death, explaining it was disingenuous.

“All these radio stations, all these people is all fake,” Wack says. “I can speak on it because I was part of the Nipsey Hussle movement getting him his first multi-million dollar deal … You got a man who died with a million followers and no radio hit and no fucking platinum plaques.

“But because everyone start talking like it’s a goddamn Popeyes chicken sandwich… So where was all these fans?… He didn’t die an A-list artist. Y’all talking about he’s a legend. If he’s a legend, why didn’t y’all treat him like that when he was here?… I feel like Nipsey should have been a bigger artist personally. But where the hell was all you diehard fans when Nipsey needed you to support his product?”