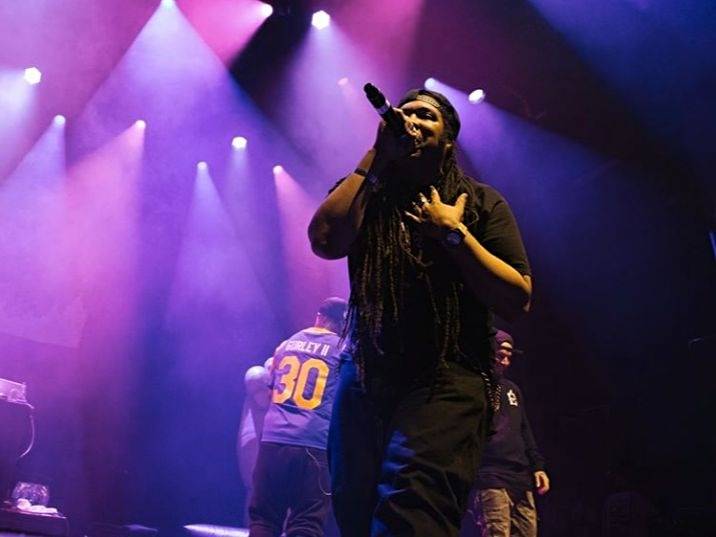 HipHopDX Premiere – Living Legends MC Aesop is on fire this year. After launching his new cooking show Aesop’s Table, the West Coast MC is back with a new EP called Fables.

To coincide with the release, the project’s inaugural single “LUV2H8” got the video treatment and finds Aesop tackling his past love affairs, proving he’s on some “grown man shit.”

“Back in the day all of my music was about battle rap and talking shit with skill, but I think now I’m in a different place in life and have evolved like Goku after a long battle,” he tells HipHopDX. “I’m singing my own hooks and the music sounds much more professionally and thought out than my previous works. The first three songs on my new EP reflect that.

“Luv2H8” is about my past love affairs and how I wish I could have been better at love. The second song “Believe It’s true” is about domestic violence and how men need to step up and protect our women in these dark days. The third song ‘Be Alright’ is my feel good song and is all about reaching higher goals in life. It’s been years since I made new music and I’m looking forward to hearing what my fans and new listeners think about my new direction.”

For those Living Legends fans wondering, “But what about a new crew album?

“The question we are always being asked,” he says. “We are definitely working on new music and have been getting together to talk about a return. With The Grouch and Murs teaming up for Thees Handz — which is some of the best music to come out of our camp in years — shows that we are ready to look past our differences to come back and take the world by storm.

“We never really left and have been touring, but having Murs back in the crew would be the best way to return to the scene. I, for one, can’t wait to get back on stage with the full crew.”

For now, Aesop is focused on Aesop’s Table and is looking forward to sharing the inaugural episode with Atmosphere powerhouse Slug later this month.

“After a few meetings with Roselane Studios, we decided to add artist interviews like Slug, Fashawn, Haiku De’ Tat, Murs and The Grouch to the show and it has been great so far. Having artist I grew up with and respect sit with me to talk real shit and break bread is amazing. I wanted my show to feel intimate and real, and I think we have caught that magic with the first five episodes.”

In the meantime, check out the Fables EP stream, cover art and tracklist below and the “LUV2H8” video above. Cop the project here.