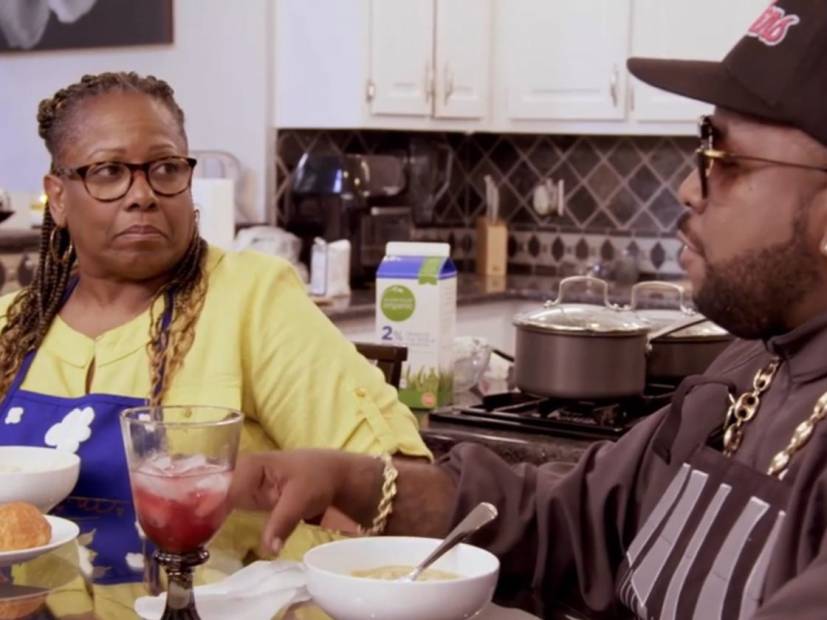 Big Boi and his mom Rowena are serving up game this Thanksgiving. In the final episode of the debut season of FUSE’s Made From Scratch, the pair put together a southern family favorite, shrimp and grits, while digging into Big’s music career and mom’s cooking secrets.

In the episode, Big Boi dishes on the longevity to his career. “I think the key for being an artist, y’know, is reinvention”, he says, “like original all the time. He continues, “(So) you can always go back to, say, a song like ‘Ms. Jackson‘ or ‘The Way You Move’.”

He adds how Outkast‘s work embodied this approach, saying, “We always go left.”

While Sir Lucious Left Foot rarely gets to kick it with his mom over a meal – because when he’s not on the road or with his family, he’s cooking up tracks in the studio – he sprinkled in another ingredient to his success. “The best way to stay sharp on what you doing is you always do it”, he says. “Like if you use it, you don’t lose it.”

Daddy Fat Sacks also leaves aspiring artists with some sage words to chew on. “It’s not about who can rhyme the best; it’s about song-making”, he says. “And I’m a songwriter, so I kinda do a little bit of everything.”

The new episode of Made From Scratch featuring Big Boi will air on Thursday, November 28 at 11:00 pm, ET/PT on FUSE. It will conclude a four-hour “Hype Feast” marathon of every episode this season, featuring A$AP Ferg, G-Eazy, Saweetie, Dave East, Rick Ross, Vic Mensa and more.

Check out the recipes featured on the show, including A$AP Ferg’s homemade apple pie and Rick Ross’ spaghetti and catfish.