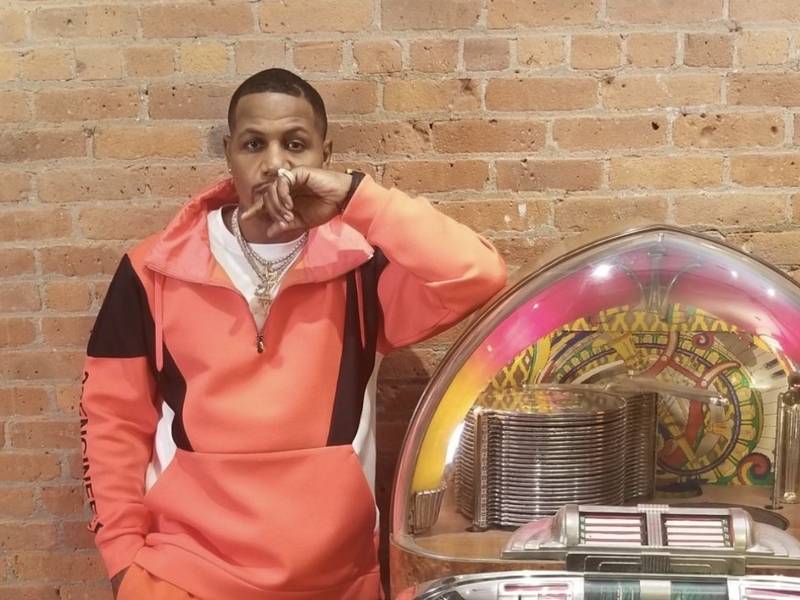 AZ’s first album Doe Or Die will celebrate its 25th anniversary next year, but he got the party started early in 2019. The veteran MC teamed up with designer Freeky P to recreate a bootleg t-shirt from 1995 and sell the limited edition tees through his digital store.

The t-shirts are just a taste of what’s to come from AZ, who wants 2020 to be all about his resurgence. After last releasing an album in 2009, AZ plans to drop his long-awaited Doe Or Die 2 LP, an EP and a documentary in the coming year. He’s also looking to hit the road in celebration of his classic debut’s 25th anniversary.

With a busy 2020 on the horizon, HipHopDX caught up with AZ following the release of his limited edition t-shirts. The Brooklyn-bred rapper details how the tees came to be, reflects on Doe Or Die and explains why he’s ready to put out a new LP for the first time in a decade.

Additionally, AZ looks back at his contribution to Nas’ iconic album Illmatic and reveals what’s next for him after music.

HipHopDX: How did you connect with Freeky P to create these Doe Or Die era t-shirts?

AZ: Well, I’ve seen him floating around the internet, and a friend of mine actually brought his name up. I saw the AZ shirts floating around on eBay. They was varying prices or whatnot, and I remembered them from back when I first came out. I was like, “Yo, I know this is not the 25th year, but it’s the 24th and I need something to put out.” And I got in touch with him. I think he’s the only one that probably could do it with all them colors in the front and back. It’s a good look.

HipHopDX: Nice. Like you mentioned, next year the album will be celebrating its 25th anniversary. What’s it like to be reaching that milestone?

AZ: It’s crazy to me because it don’t feel like 25 years. I guess it’s just life. Time masters us all, you know what I mean? It really still feels like the ’90s to me, honestly.

HipHopDX: One thing I always loved about the album was you worked with N.O. Joe, who’s probably best known for producing for Scarface and UGK, on the title track. It was kind of rare to see East Coast MCs working with southern producers back then. How did y’all connect and make that collaboration happen?

AZ: I’m a fan of Scarface for one and I think “I Seen A Man Die,” that type of song really hit me good in the stomach, man. And being a fan of Scarface, I wanted to know who produced the majority of that particular album. It was N.O. Joe.

I guess the management I had at that time was a friend of his management and we reached out. I just wanted to give that feel. He brought what I wanted to the table, exactly. Honestly, it was just what I needed at that time. He made the sounds and it really fit as the title track overall.

HipHopDX: Doe Or Die is so well regarded, but as far as the rest of your catalog, is there an album that you love or stands out in particular that you wish was more appreciated by fans?

AZ: I think the Aziatic album. I think that came out in 2002. I was in a great creative space at that time. Everything just lined up for me. And that album right there, to me, is as good as Doe Or Die or even better, honestly. Because I guess I learned the business. I just had more perspective, just with learning in life at that time that album came out and my pen was more sharper.

HipHopDX: Make sense. Earlier this year, you put out the Legacy mixtape featuring some of your past collabs and freestyles. What made that the right release for your return? We hadn’t heard from since 2009’s Legendary album.

AZ: Well, I gave ’em this to refresh people. I was finishing up this Doe Or Die 2 album, and it’s been a minute since I put anything out. So, I just wanted to recap and let some of the fans hear it. I know some already heard [the songs], but there’s always new fans coming to Hip Hop, to the culture, to the sound. So, it was just to put something out there, let them know, “Hey, we coming, we still here. This the past work, so you know what’s getting ready to come gonna be even better.”

HipHopDX: You mentioned Doe Or Die 2. I know you’ve been talking about that one for a while. I’m curious, is there an ETA on it yet?

AZ: Well, my thing is when you’re working on music, you don’t want to just throw it out. A lot of my homies they be like, “Yo, you saving the album for you?” But you put it so much into it. And then there’ll be sounds working in it and popping in life as it’s going on, so you kind of want to wait until things pass over. And then you just keep adding on [new material]. Plus, you want the business to be set up right. Because I don’t want to just put it out, and then grand opening, grand closing.

So I had to set up the right forum, the right feel for it and the season. I think the season is there now with everything that’s going on, I think it’s 360 and it’s coming back. It’s time, especially for New York. New York, just that sound, that nostalgia, that poetic creativity but not overboard with it — just that feel. I think it’s time for it, and I’m the man to do it.

HipHopDX: With the 25th anniversary of Doe Or Die coming next year, is that something want to try to line it up with sequel’s release?

AZ: I wanted to do that, but I think that’d be a little too long. So what I’m doing now is put the album out top of the year, 2020, first quarter, something like that. And then I’ll still put an EP out around anniversary time. Just because of the long wait, I can overflood. Gonna try to do that for not putting out nothing for so long.

HipHopDX: Dope. So can you tell me a little bit about what producers you’ve been working with on it? Any collabs that you can reveal?

AZ: Well, what I can say is I do have Buckwild on it. I have Baby Paul. He’s with Da Beatminerz. He did a lot of it. He actually did the record [“The Essence”] that I got nominated for the Grammy with me and Nas. He’s been around for a while. Rockwilder. I got Bink. And the fact that I’m putting out first quarter, I’m still working. We just got a [DJ] Premier beat.

HipHopDX: A few years ago you put out the book Jewels, Gems & Treasures. I know you have a documentary of the same name in the works. What can people expect from that film and when might we see it?

AZ: I grabbed help with editing for the Jewels, Gems & Treasures documentary. I put that [book] out in 2016 independently, and it was just something like memoirs. It was me writing every night, reflecting on when I put out each album or when I wrote certain records.

It was just venting for me and it did pretty good. So I said, you know what, the fact that the 25th year’s here, everything needs to come out. The album, the documentary, a sneaker — me and Ewing collabed. So, I’m just trying to do everything for the 25th. It’s just like a resurge, a restart just to get accepted and get the love that it’s supposed to get.

HipHopDX: That’s great. Speaking of anniversaries, Illmatic celebrated its 25th this year. What’s it like for you to know you have this iconic status in Hip Hop from your contribution to that album?

AZ: It’s overwhelming. It feels good that we was a part of something special. It wasn’t something that we set out to do. It was something that naturally took its own course. That makes it a beautiful thing. Illmatic was a classic — an all-time classic. So, it feels great to be a part of that. Just my whole spirit being put on an album was a great thing, actually.

AZ: Oh, never. I don’t think he did either as far as Illmatic. It was just a day in the life. Me just moving around with Nas at the time, a year or two before the album came out, that was really just life for us. It was just like every day at the office! [Laughs] 25 years later, for it to get the same response and love that was getting is crazy.

HipHopDX: You’ve accomplished so much in your career at this point. Is there anything with this Doe Or Die 2 album or your documentary that you’re still looking to still achieve?

AZ: What I’m looking to achieve now is to go onto the next stage. I just want to do some movies now and do the soundtrack for that. I already did what I did when it came to this music and Hip Hop. I think it’s about what, seven or eight albums I put out? It’s a great thing. So now I just want to move on to the next page and reflect my life through movies. And as far as music, just keep on adding on to my soundtrack and help up-and-coming artists tell their story. That’s my goal.

HipHopDX: As far as other artists telling their story, are you looking to have your own imprint or just help A&R and collab with people?

AZ: Yeah, definitely get my own imprint. That’s the goal right now. Even though I already have it, I have a few artists. So, it’s just tightening them up right now. But they the next up, the next level, the next day, the next generation.

HipHopDX: Nice. With everything you’ve got in the works, I’m wondering if you have any plans for touring too. Will fans have a chance to see AZ around the country soon?

AZ: Yeah, we’re trying to set that up as well. I do a lot of spot dates now, but we’re definitely trying to set up a tour for the 25th anniversary. So, that’s in the making now. Hopefully, everything go according to plan and I can be in a city near you.