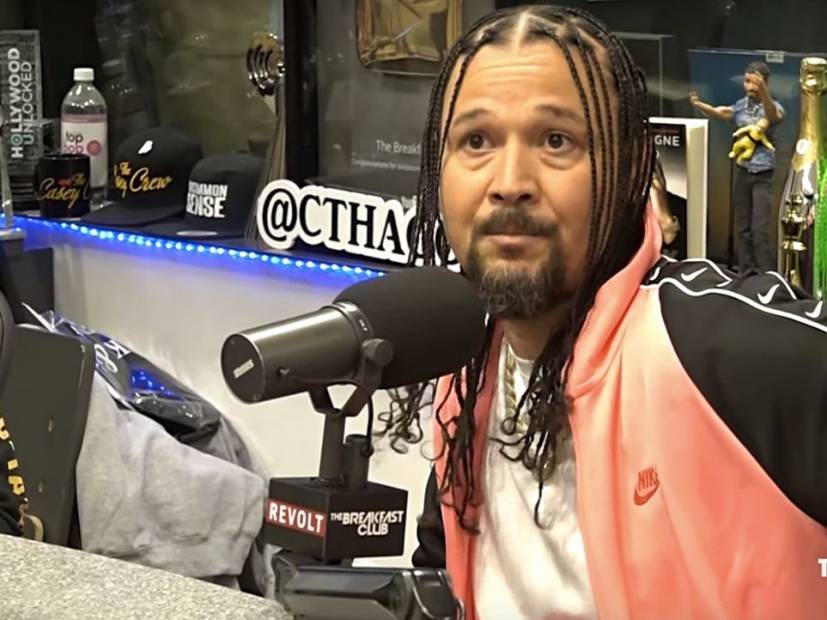 Bone Thugs-n-Harmony have been a topic of conversation this week after a Japanese rapper traveled 6,000 miles to Cleveland in an effort to meet the iconic Hip Hop group — and wound up getting robbed.

On Friday (October 18), Bizzy Bone stopped by The Breakfast Club to discuss a myriad of topics, including the time Krayzie Bone accidentally shot Wish Bone during a night of criminal activity.

“We was out robbin’ people and they got in the car — Wish Bone came over crazy like, ‘Imma go to jail!’ — the first dude we robbed, we hit him with the 12 gauge,” he begins around the 10:17-minute mark. “Then the next guy that we robbed, we didn’t have no more bullets. We only had like one or two bullets in the gauge. And he had a bag of bullets in the car, so we was excited ’cause we had robbed somebody with a bag of 12 gauge buckshot.”

Bizzy continued, “Me and Lay [Layzie Bone] we was about to rob this house up from Lay Lay mom ’cause they was fuckin’ with Lay Lay mom. We heard they had uzis and shit up there or whatnot, so we was going to rob they house and shit. We were waitin’ on Wish and Kray and we drivin’ two stolen cars … so me and Lay drivin’ and shit and they just drove past fast in the van.

“At that time, that’s when he gets shot, a clean shot. He kept loadin’ it up; only six could fit in that muthafucka. Then he had his finger on the god damn trigger so he shot Wish clean through his leg. That’s what happened. It was totally an accident.”

He ended the anecdote by confirming Krayzie actually did go to jail for the incident.

Elsewhere in the interview, Bizzy talked about being kidnapped as a kid, the abuse he suffered, making “Notorious Thugs” with the late Biggie, his 16 children (nine biological) and what it feels like to be a grandpa.