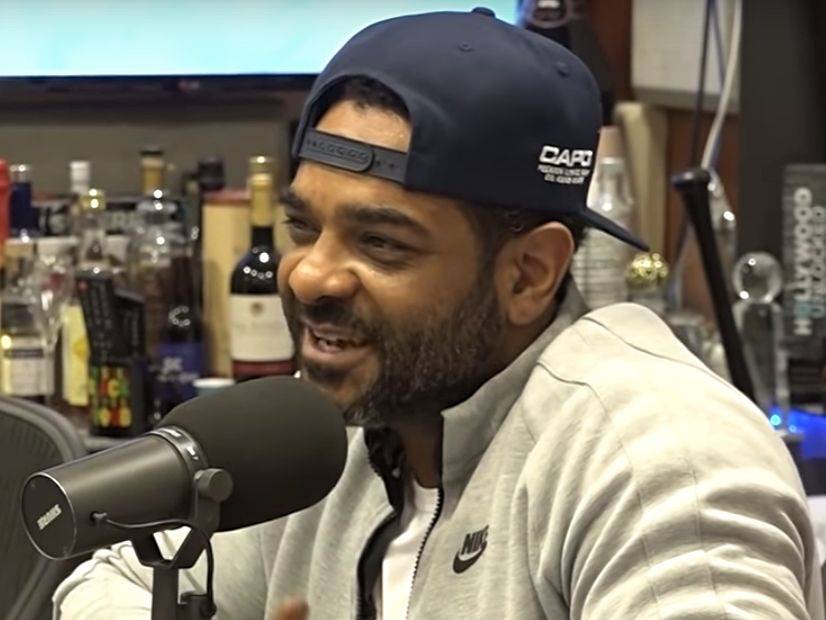 Jim Jones was a recent guest on The Breakfast Club where he was inevitably asked to discuss Tekashi 6ix9ine’s recent testimony. During 6ix9ine’s time on the witness stand, he identified the Dipset OG as a member of the Nine Trey Bloods gang.

After chopping it up about his El Capo album, Love & Hip Hop: New York, his recent business endeavors and his relationship with 50 Cent, DJ Envy mentions 6ix9ine’s name.

But Jones either wasn’t in the mood to talk about it or simply can’t due to his ongoing legal situations.

Envy says, “So you’re good, you’re clear?” Again, Jones says, “I have no comment on none of that.”

From there, Envy quickly moves on to another topic and asks “what’s next” for Jones. He then reveals he’s getting ready to drop another project and says, “I don’t think people are feeling me enough.”

Jones hopes to drop the album before the end of the year.

6ix9ine, of course, has testified against numerous Nine Trey members, earning himself the “snitch” label along the way. He’s expected to be sentenced on December 18.