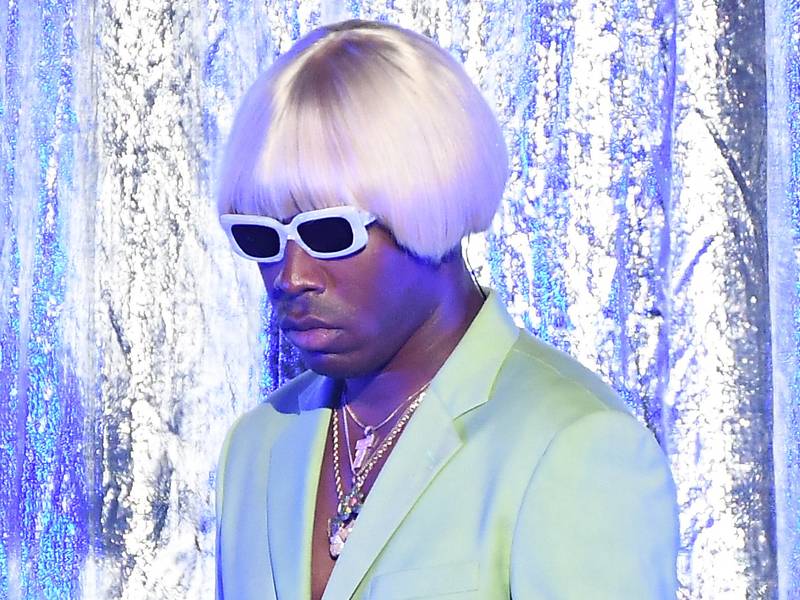 Eminem dissed Tyler, The Creator with some homophobic lyrics on 2018’s “Fall,” but the target of those lines wasn’t phased. In an interview with The Guardian, Tyler revealed his nonchalant reaction to the song.

“[It was] OK,” he said when asked about being called a homophobic slur. “Did you ever hear me publicly say anything about that? Because I knew what the intent was. He felt pressured because people got offended for me. Don’t get offended for me. We were playing Grand Theft Auto when we heard that. We rewound it and were like: ‘Oh, [shrug].’ And then kept playing.”

“Tyler create nothing, I see why you called yourself a faggot, bitch/It’s not just ’cause you lack attention/It’s because you worship D12’s balls, you’re sack-religious/If you’re gonna critique me, you better at least be as good or better,” Em rapped.

Following the release of Kamikaze, Eminem expressed regret about the diss. In a conversation with Sway Calloway, he spoke about why he insulted Tyler and apologized for using a homophobic slur in the lyrics.

“I was angry when I said that shit about Tyler,” Slim Shady said. “The fact of like every time I saw this kid, he was always cool to you. I loved his energy. He was a funny dude and he’s super charismatic and shit. But I’m sitting back like, ‘Man at what point do I have to say something to defend myself?'”