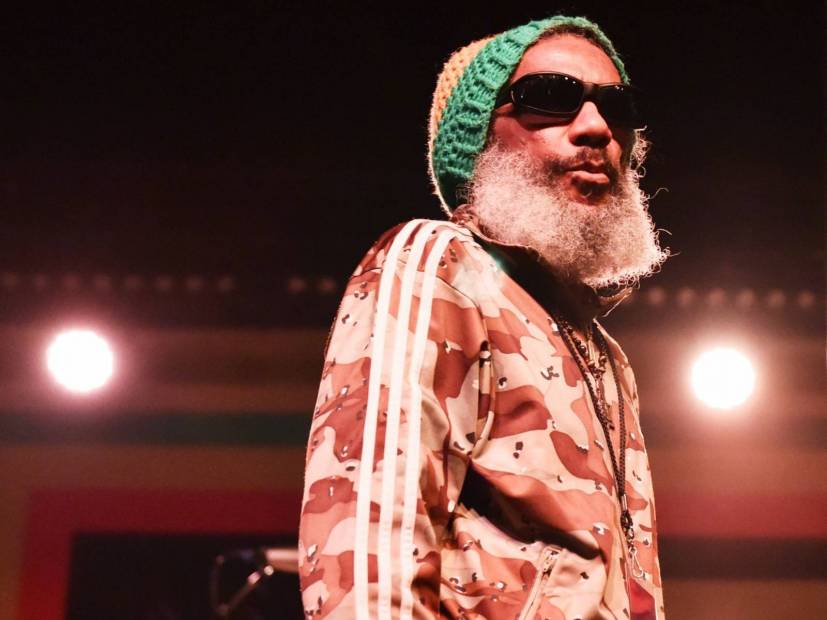 Bad Brains Legend H.R. Did A Punk Song With Vic Mensa – & It Rips

Philadelphia, PA – Punk rock pioneer H.R. ushered in an whole new era as frontman of the reggae-infused hardcore band Bad Brains, one of the first all-black bands of its kind. Formed in Washington D.C. around 1977, the explosive group influenced countless acts to follow in their footsteps and are permanently etched in American punk rock history.

In the early 90s, Bad Brains opened up for the Beastie Boys’ Ill Communication Tour and the late MCA would go on to produce Bad Brains’ 2007 effort To Build A Nation.

Although the group eventually dissolved, H.R. is still making albums and plans to drop a new reggae album called Give Thanks later this year.

Vic Mensa, who is a huge fan of Bad Brains, recently established his punk-rap hybrid group 93PUNX and asked H.R. to collaborate with him on a song called “bad brain [interlude]” for their self-titled album.

“They gave us a call and asked if we’d like to do some collaborating with them in the studio, so I said sure why not,” H.R. tells HipHopDX. “We went over to the studio and we liked what was happening with the music and we just went ahead gave it a try. We came out with some beautiful music.”

He adds, “I liked his style. He was very humble and at the same time very energetic, and he had some beautiful music — just the kind of music that I love. I didn’t know what to expect. But I went to the studio and it was just great.”

In a video clip of the 93PUNX song, it starts off with a snippet of an old Bad Brains interview. The interviewer asks, “How did you get to be a band that plays this kind of music? How did you evolve?” to which H.R. replies, “Well, we figured if they didn’t mind us being black, we didn’t mind them being white.”

From there, the song erupts with H.R.’s signature vocals and the frantic pace of the drums while Mensa wilds out onstage.

93PUNX was released in August and features Good Charlotte, Prophets Of Rage guitarist Tom Morello and Francis and the Lights, and was executive produced by Blink 182’s Travis Barker.