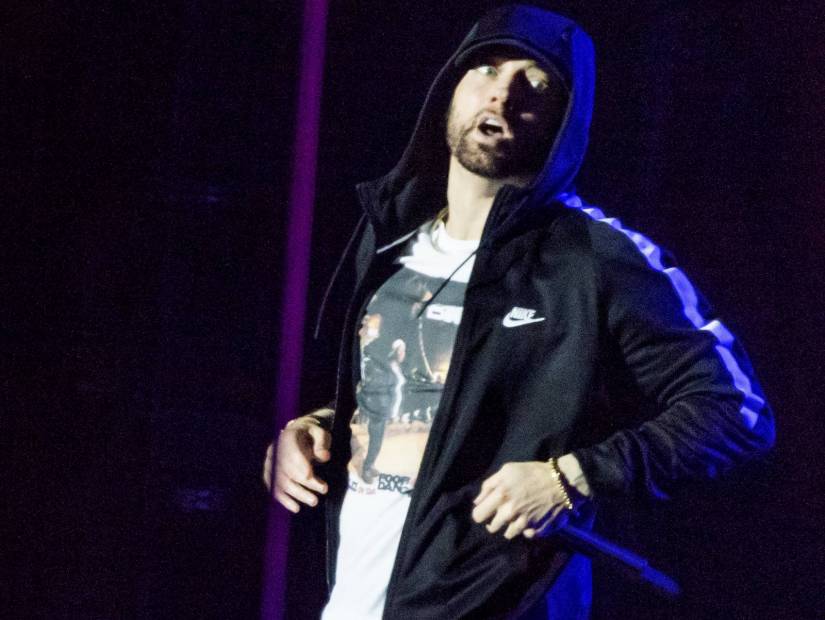 The possibility of a new Eminem album inching its way to the masses is looking more and more like a reality. On Wednesday (September 11), a mysterious upload to Eminem’s YouTube page got the internet all riled up.

The video is an audio track that sounds like smooth jazz from Kenny G. The cover art reads: “PhilipJones16” and “THE REAL SLIM SHADY.” It’s coupled with a peaceful photo of an empty country road.

The rollout for 2017’s Revival started off similarly. But instead of smooth jazz, Em’s team built a whole campaign around a fictitious prescription drug called Revival. The campaign kicked off in October of that year and by December, Em’s ninth studio album had arrived.

Last month, Em posted a rather cryptic tweet that many believed was aimed at Lord Jamar considering it followed his controversial statements about the Detroit-bred rap god.

“People think they want this problem ’til they get it,” he wrote.

Slim Shady fans — or Stans as they are often called — have now flocked to Twitter, trying to decipher what the latest YouTube clip means. Is it a new song? A joke? The beginning of a new album rollout?

Whatever it is, it has people talking.

Just a thought but if you saw @Eminem posted on his you tube channel "The Real Slim Shady" jazzy instrumental. Something is coming Oct 10/19…length is 4:15 add it up 10th month 10th day?? ???

Today a video was updated on Eminem's youtube channel, “The Real Slim Shady” by Philip Jones trumpeter. No one knows how it went on Eminem's channel, we might think it's some trick from Eminem's team to get suspicious in the air or it could be a platform bug. pic.twitter.com/NSx24Ez7nT

A Mysterious Track Has Been Uploaded To #Eminem’s Official YouTube Channel:https://t.co/9vbfwhUUmk pic.twitter.com/yxwUmqMqSI

A mysterious video has just appeared on Eminem's official YouTube Channel titled "The Real Slim Shady". It's 4 mins of jazz music and a still image, above the title it says PhilipJones16…??

Yo, that Song Is on amazon, Spotify and YouTube . Almost three days have passed, the eminem staff would have noticed. Even shazam recognizes the song as "The real slim shady" Let's stop disinforming