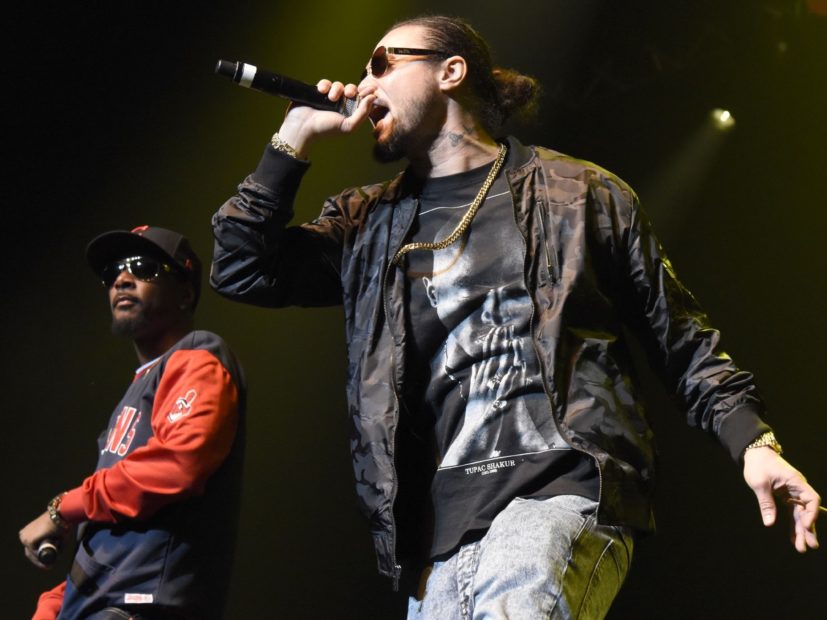 Migos and Bone Thugs-n-Harmony got into some lightweight beef earlier this year after the Atlanta trio claimed they were the greatest Hip Hop group ever. There were a few diss tracks, mostly from Bone Thugs’ side, and 21 Savage got dragged into it as well.

In a recent interview with Murder Master Music Show, Bizzy — who dropped the “Carbon Monoxide” Migos diss in February — reveals 21 at least attempted to make peace with Layzie Bone, the mastermind behind not one but two Migos diss tracks — “Let Me Go Migos” and “Annihilation.”

“I heard that 21 Savage apologized to Layzie over the phone,” he says in the clip. “That’s the only thing I heard about the situation. I don’t even think it is one of those things you can really chop it up about. Well he apologized for saying he was gonna fuck his wife, and you still said, ‘Nigga can’t pull out no M’s and that’s the last thing you said to the world.

‘You niggas are old, you old ass niggas!’ Wait a minute bitch, I’m just about as old as you bitch, we look the same! I’m just saying these small little nitpicking things, when you golden and you legendary those kinda words just bounce off of you. It’s just something they’re saying now. They called Rakim ‘The God.’ How can you cheapen that? But you can cheapen the word ‘legend’ by adding ‘old head’ to it and then you add a little bit of ‘broke’ to it, when you add a little bit of money, that’s worse than a fuckin’ rap diss.”

Bizzy continued by pointing out all Migos really has is their current wealth, insinuating nobody can diminish Bone Thugs’ legacy.

“The only thing you can do is come back with $100,000 worth of jewelry on and pristine camera work and a pristine project that you get behind,” he added. “That’s the only thing you can do after that. After someone says some shit like that and attacks your Hip Hop savvy, you can’t do nothing else but turn — what we call — all the way the fuck up my nigga.

“You done tried to dig me a grave that I’m supposed to just hop into, taking the higher road. Fuck that! You just cannot leave it like that. You cannot go back on the road and sing ‘Crossroads’ after that. Yeah, you can do ‘Crossroads’ on your set, but you got to be doing something now! Fuck that!”

Bizzy continues, “So I seen it for what it was as an artist. There is no sense in people screaming for me like that if I don’t think that way, so I took a proactive approach. All you got to do is represent all of the hard work that you have put in as an artist that put in work for 27 years. You got to show up to work bro!

“I ain’t wasted a dime. I ain’t smoked up shit. I’m still here, that’s the only way you can answer that attack. You can look at my net worth my nigga, I’m good on some real shit. That’s why it was a must that the Bone fans said, “Naw, BB you gotta say something, you gotta do it, we are not satisfied until you do it.’ Now they are peeling me off of these mutha fuckaz!”

Last December, a musket-wielding Bizzy went off on Migos and 21 during a bizarre Instagram Live session that ended with the cops at his house. Naturally, it produced internet gold.

Bizzy Bone's reaction to "the police is at the door" is PRICELESS!
???? pic.twitter.com/EnBAdrf8Yo