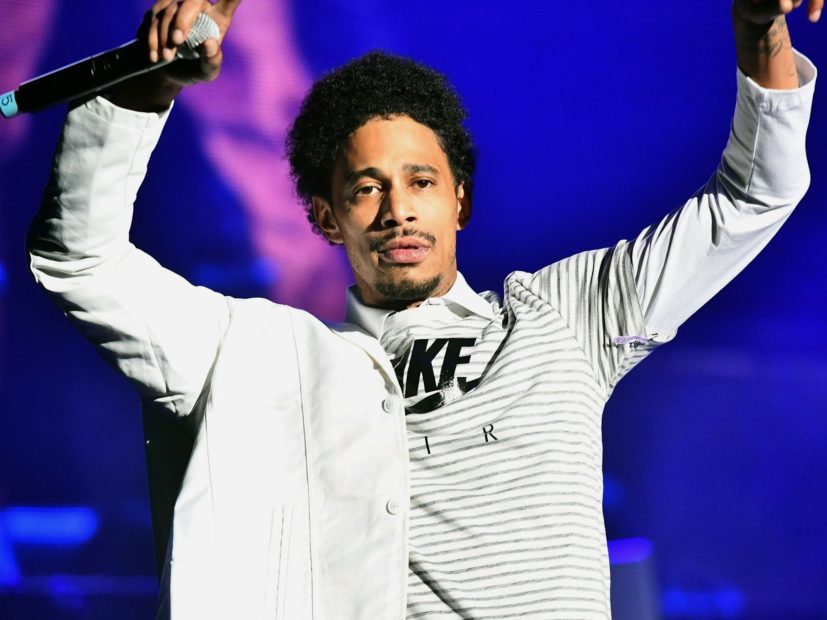 Long Beach, CA – Fans were treated to an extended performance from legendary rap group Bone Thugs-N-Harmony during Snoop Dogg’s Once Upon a Time in The LBC music festival on Saturday (July 27). The veteran Hip Hop group performed classics such as “1st of Tha Month” and “Tha Crossroads” along with loads of new material.

4:30PM: #BoneThugsNHarmony cap off their set with their hit record
“The Crossroads.” This was definitely an energizing moment. pic.twitter.com/jgwLsYNXjP

Later that night, HipHopDX got the opportunity to speak with Layzie Bone. The conversation ranges in topics from the tenured career of Bone Thugs and stories about Snoop Dogg and Eazy-E to his new music and involvement in his children’s music.

HipHopDX: First thing I want to ask about is about the 24th anniversary of the classic Bone Thugs-N-Harmony album E. 1999 Eternal. How does it feel to see the album reach this milestone and still be so active as a group and as individual artists?

Layzie Bone: 25 years — that makes us eligible for the Rock and Roll Hall of Fame. That’s all I’m going to say to ’em, like 25 years, quit playing with me.

HipHopDX: Today that 25 years of experience showed, your set was amazing. What’s your favorite part about being on stage and performing with the group at festivals?

Layzie Bone: I’m inspired knowing that I’m inspiring people, you know what I’m saying? You know, my daughter [Official R3dd] over there looking like a million bucks, and make sure you get that down. But yeah, support is the main thing.

HipHopDX: What’s it like to be performing at a festival in 2019 with guys like Warren G and Snoop Dogg, who you came up with? All of your contributions helped shape the game and define gangster rap as a genre.

Layzie Bone: I was inspired by Snoop — like they was on [Eazy-E’s] ass, you feel me. Like, who we gone roll with? The underdog Eazy-E — that’s when Eazy and B.G. Knoccout dropped (sings “Real Muthaphuckin G’s”) “Well, it’s the Knocc Out, definition “Original baby gangsta” Approach me like you hard, motherfucker, I’ma bank,” and we was like, yeah it’s E house. But then Snoop showed everyone — like to me he’s one of the coolest niggas on earth. You ever meet that nigga?  The world needs to meet that nigga.

HipHopDX: What’s next for Bone Thugs-N-Harmony as a group?

Layzie Bone: Well, first of all, our children are so talented, you need to check em’ out. Official R3dd right there got a single coming out called “Happy and Successful” (sings) “I just want to be happy and successful.” Ooh when that thing drop it’s over.

Watch the video and stream the project below.