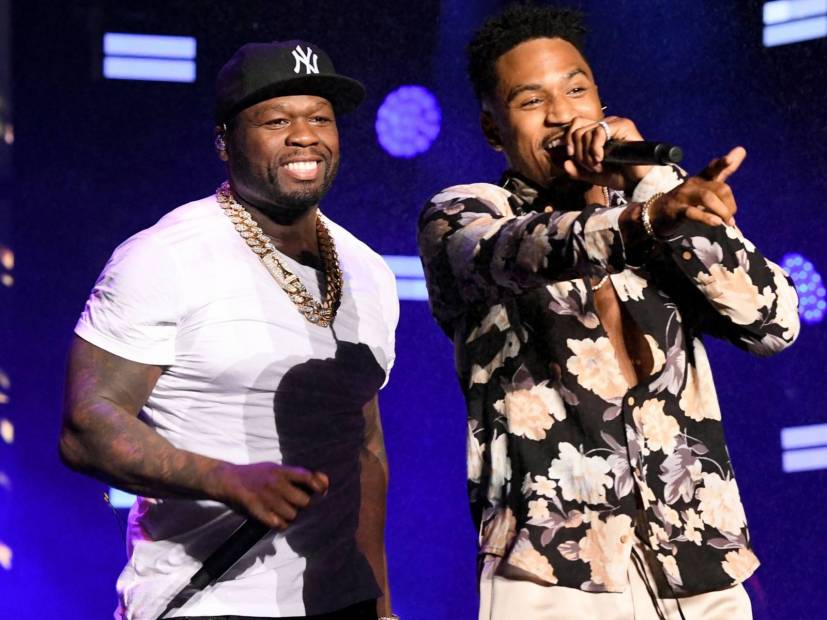 Instagram – Trey Songz has finally responded to the epic dragging he received online for his contributions to the updated Power theme song.

Fans of the show were furious last week when they realized R&B singer Joe had been replaced by Trey on the show’s original “Big Rich Town” opener.

On Friday (August 30), the Virginia-born singer hopped on Instagram and shared a black-and-white photo of himself puffing on a cigar.

“Ima slap the shit outta one of you niggas bout this Power shit,” Trey wrote in the caption.

Ima slap the shit outta one of you niggas bout this Power shit.

“@treysongz im a be mad at you if you catch a case Over a remix now,” he wrote. “they just want to make some kinda fun outta of us on this one.”

When a fan tried to tell Fiddy to give them what they wanted, he snapped, “CHILL THE FUCK OUT, you don’t tell me what to do fool. The fuck is wrong wit you.”

50 started doing damage control earlier this week. As soon as he noticed people were criticizing the “Big Rich Town” remix, he issued his own statement to Instagram,  telling everyone to “chill out.”

Damn it man 🤔y’all just wanta fuck with me today, talking bout put my song back or I’m a fuck you up 50 🤨chill out alright, did you like the episode? #lecheminduroi #TheKing🍾 #bransoncognac

Trey jumped in the comment section and admitted it was hurtful, although there appeared to be a healthy dose of sarcasm in his response.

“5 they hurting my feelings,” he said. “Ima need a check for my emotional agony and distress.”

50 then shared an Instagram video promising he’d revert the song to the original (albeit it with a mischievous laugh).

“Everybody talkin bout Trey Songz,” he said in a video clip. “Trey did that as a favor for me, man. I’m gonna have to put that motherfucker back the way it was [laughs].”

The next episode of Power airs this weekend so until then, it’s unclear if the remix or original will reign supreme.

#PressPlay: #50Cent responds to anyone who has something to say about #TreySongz replacing #Joe on #Power’s new theme song 😩 (See earlier post)