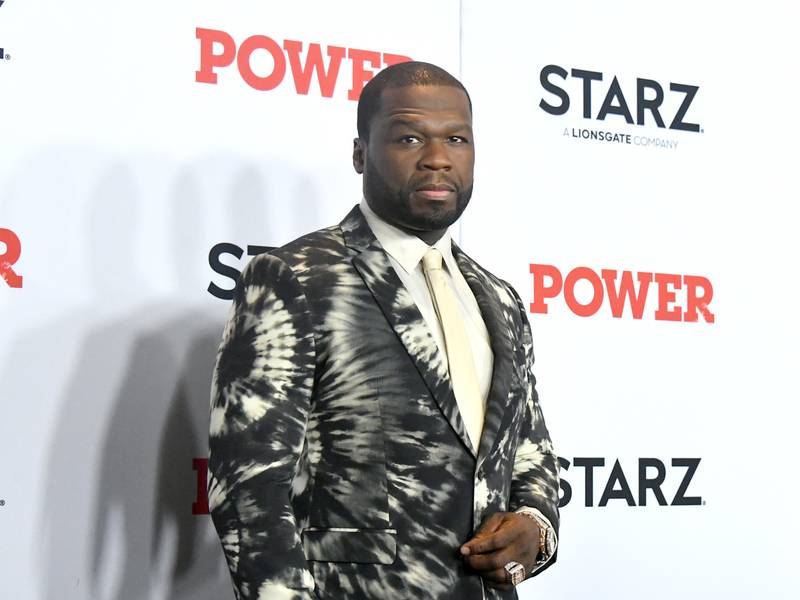 50 Cent continued to show his contempt for the Emmy Awards while boasting about the success of his show Power. The G-Unit leader shared a press release about the ratings for the STARZ series’ sixth season premiere via Instagram and threw a jab at the Emmys in his post.

“The EMMY’s can kiss my black ass in slow motion,” he wrote. “Fuck em I’m #1 They a bunch of Bengay my back hurt smelling ass old people anyway. LOL #lecheminduroi #bransoncognac.”

🤔The EMMY’s can kiss 😘 my black ass 🎥 in slow motion. Fuck em I’m #1 They a bunch of Bengay my back hurt smelling ass old people anyway. 🤨LOL #lecheminduroi #bransoncognac

50 previously expressed his frustration over Power’s lack of Emmy nominations while speaking at the Television Critics Association press tour. The outspoken rapper claimed race played a role in the show getting snubbed.

“I like to say it’s racial,” he said. “That’s the easy way to get out of things. People who are running and connected to these ceremonies are not necessarily cool people.”

The sixth season premiere of Power aired Sunday night (August 25). According to STARZ, the episode was watched by 2.3 million total viewers.

The show was the most-watched scripted premium cable series premiere of the summer and made a major impact on social media. Nielsen Social Ratings and ListenFirst Interest Score determined it was Sunday’s top social primetime series across broadcast, cable and syndicated networks with #PowerTV becoming Twitter’s No. 1 trending topic in the U.S.

Nine more episodes of Power are scheduled to air in the coming weeks. The show will then take a hiatus before premiering the final five episodes of its sixth season in 2020.