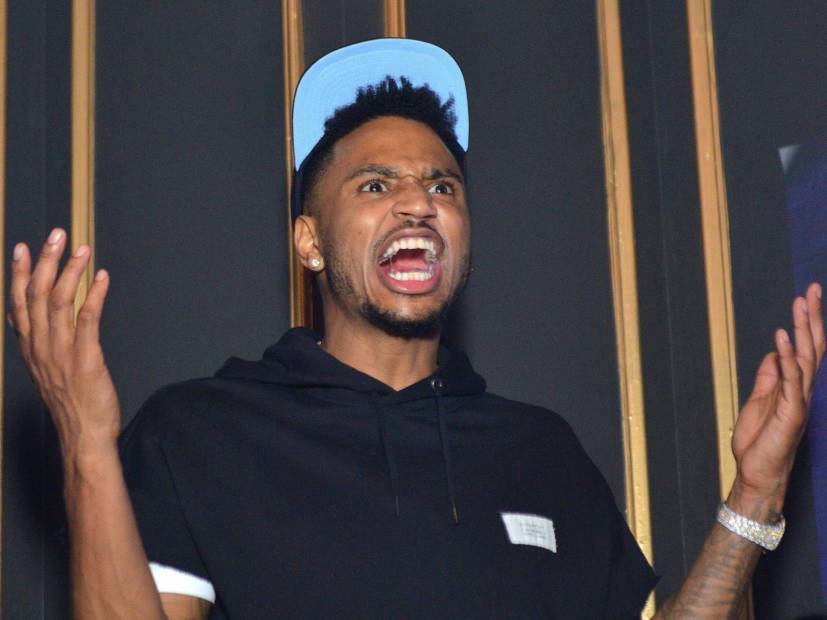 As it’s been said, the internet has no chill — and this weekend was no exception. Somehow, fans of the STARZ hit series Power were able to get their hands on an episode prior to the Season 6 premiere, which airs on Sunday night (August 25).

For the past five seasons, vocal duties for the show’s “Big Rich Town” theme song has been handled by 50 Cent and R&B singer Joe. But for Season 6, Joe has been replaced by Trey Songz.

Evidently, viewers felt Trey’s contribution to the update was so horrendous, Twitter lit up with reactions to the remix.

While there were a couple of people who didn’t mind the switch, unfortunately for Trey, the majority of commenters ruled the song was an epic failure.

Y’all got Trey Songz to do the Power intro? Doesn’t Chris Brown have some community service hours left? pic.twitter.com/fYgPMx8Kd6

Bruh who TF told 50 to put Trey Songz on the new intro to Power??? pic.twitter.com/3xlgD2slmA

Who told Trey Songz we want him for the # power intro???#PowerTV pic.twitter.com/IsSWvWkACw

My thoughts on #Power remixing the theme song and replacing Joe with Trey Songz. pic.twitter.com/vNhC2NYOxk

Me after hearing power has a new intro song remixed by Trey Songz #PowerPremierepic.twitter.com/hpQjd0geFI

Who told @50cent to take Joe off the intro & add #TreySongz? He changed the lyrics too! @Power_STARZ pic.twitter.com/AUky8B8KRT

Y'all wait till the final season to change the theme song?! #TreySongz #Power #PowerSeason6 pic.twitter.com/LdoaAQUPnp

#TreySongz on the #Power intro is a NO from me pic.twitter.com/6odWtRmdyh

Me: preparing my vocals to sing “THEY SAY ITS A BIG RICH TOWN” only to hear trey songz and NOT Joe…….#Power pic.twitter.com/f7plofD1md

This nigga Joe had ONE job and he let Trey Songz take it #Power pic.twitter.com/nPmZchLrkt

Why you fucking with the formula?! Trey Songz on the intro? I pray the last season of Power doesn’t go downhill the way GOT did. Shit will hit the fan. #PowerPremiere #PowerTV pic.twitter.com/8PFGfgu2DJ