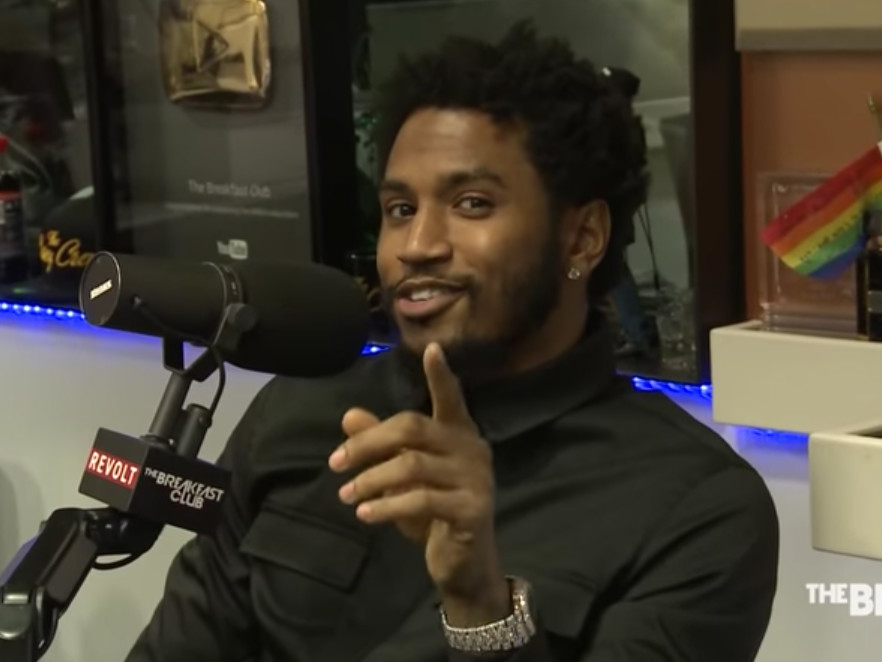 Fans of 34-year-old singer Trey Songz were thrown for a loop on Thursday (May 16) when the singer posted an image of his hand holding a baby’s foot. With little context to go on, the Internet was whipped into a frenzy, theorizing whether or not the ultimate bachelor was a father.

While speculation swirled throughout the day, the singer later confirmed that the child was indeed his, posting: “My son Noah. We are blessed and overjoyed. Peace.”

My son Noah. We are blessed and overjoyed. Peace ??

With no warning, and no specific details of who “we” includes, fan sentiments ranged from happy to playfully heartbroken.

ooooo I’m about to DIIIIVEEEEE INNNN to a deep state of sadness because the loml has a baby with someone who isn’t me… I hope you’re happy tremaine pic.twitter.com/LEjPQgkbDZ

Wow Tremaine. Why do you hate me?! Why??? *also that baby is perfect 😍* pic.twitter.com/K1PkDDVilQ

Wow trey songz really had a cute ass baby with someone that’s not me, I’m hurt. Offended. Appalled. pic.twitter.com/EJerPYDM6Z

Trey songz got a kid? When was I pregnant? pic.twitter.com/b7g1WyxemY

Trey Songz is a dad? pic.twitter.com/cYVX5CGcOY

Trey Songz: Has a baby like every normal human being.

Women all across America: pic.twitter.com/7V0e4H0RSL

*Gets on twitter & sees Trey Songz got a whole baby* pic.twitter.com/iT8ZaVFbp5

When I find out I’m not the mother of Trey Songz child.😭 pic.twitter.com/PW0qDmkAYc

Trey Songz had a child??? Who’s the mother I just wanna talk…. pic.twitter.com/6tOfvzfDFM

Whoever gave Trey Songz a baby fuck you pic.twitter.com/cGJC8uFdu0

Just this past March, Trey made headlines after shooting his shot at Megan The Stallion on Twitter.

Big Ol Freak make me wanna knock the stallion head off for the culture. 🤷🏽‍♂️

trey songz was really on jack’s twitter playing with megan thee stallion and had a whoooole baby on the way pic.twitter.com/qerpPxIH7s

Shock value aside, fatherhood shouldn’t be that huge a surprise to fans. The singer told The Breakfast Club four years ago that he had “been wanting children before you could even imagine,” noting that he had helped to raise all the kids in his family.

The entire HipHopDX team sends congratulations to Trey and his family.