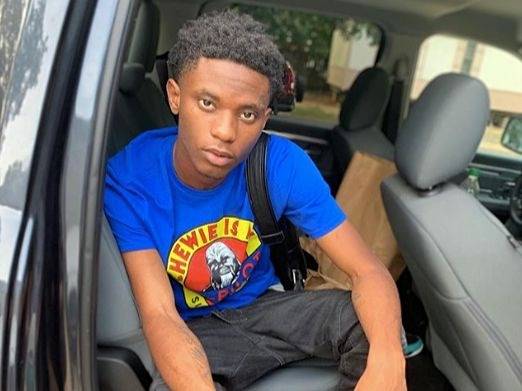 Pensacola, FL – Nineteen-year-old Florida rapper Lil Dell, real name Cordellious Dyess, is reportedly on the run after he was charged with first-degree murder.

ABC3 Florida reports Dyess, along with three other suspects, is charged with the murder of 20-year-old Elizabeth Harris, who was shot outside of a Pensacola nightclub in May.

“It’s a lose-lose situation,” the victim’s mother Tawanna Campbell said. “These children have lost their lives, my daughter has lost her life and they’re gonna lose family. I’ve lost my family. It’s just too much.”

Pensacola rapper @lildell_900 is doing the race! as the story develops! (swipe left)🤷🏽‍♂️

In addition to the first-degree murder charge, he’s also facing charges of aggravated assault, possession of an altered firearm and criminal mischief.

The Pensacola Police Department is asking for anyone who has information on Dell’s location to contact the department or call CrimeStoppers at 433-STOP.