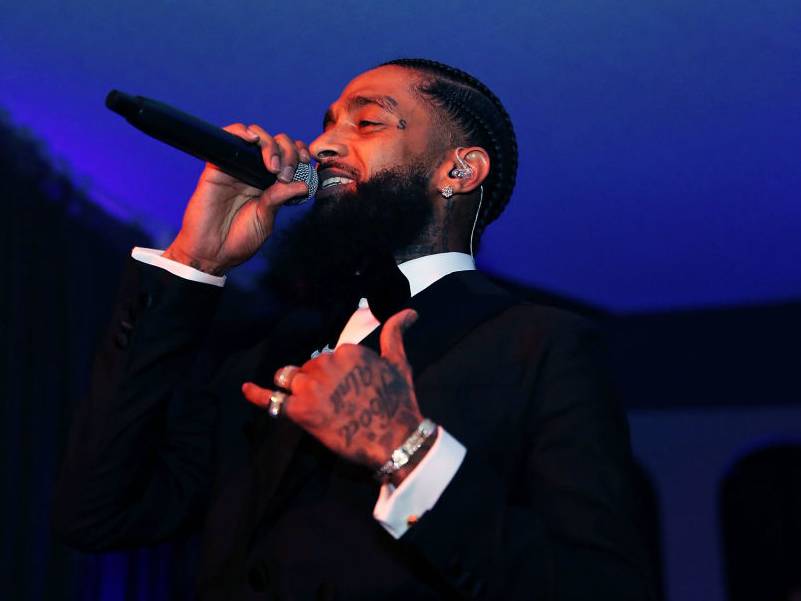 Atlantic Records gave a generous gift to the Neighborhood Nip Foundation reportedly in the sum of over six figures. The exact amount of the donation was not disclosed though payment was confirmed through Nipsey Hussle’s business partner and friend, Karen Civil to HipHopDX.

The announcement comes on the eve of his Puma signature shoe release scheduled in September — a deal he had in place before his untimely demise.

The Hip Hop Icon began a partnership with Atlantic Records in 2017 along with his All Money In label when he signed a multi-album deal.

“Nipsey is not only an extraordinary MC, but a true visionary and innovative entrepreneur,” Atlantic CEO Craig Kallman and COO Julie Greenwald said in a joint statement after his signing in 2017.

They continued, “Over the past seven years, he has built an incredible brand that reflects his independent, non-traditional approach to what it means to be a creative artist in the modern music marketplace. We are thrilled and honored that he has chosen Atlantic as his label home.”

Since the Los Angeles prodigy was murdered in front of his Marathon Clothing Store in March, many fans have paid homage through supporting his clothing business.

The enterprise has amassed over $10 million from then. The physical location is temporarily closed while a Nipsey Hussle Tower is being constructed.