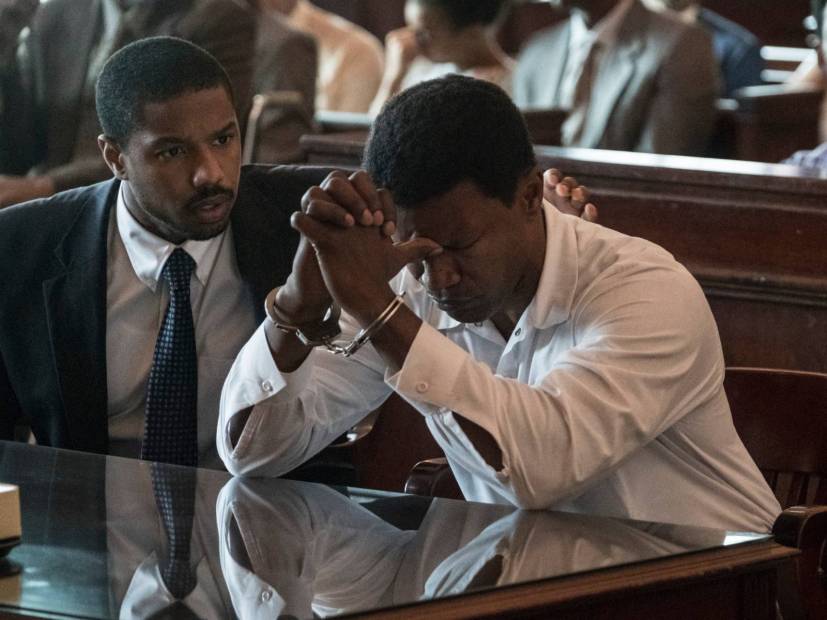 A notorious murder of an 18-year-old girl was the spark of life-changing events for McMillian despite a plethora of evidence pointing to his innocence. The upcoming movie recounts the events leading to the false murder accusation and incarceration of McMillian, played by Jamie Foxx, as he later becomes connected with a lawyer named Bryan Stevenson, who’s played by Michael B. Jordan.

The film shadows Stevenson through a maze of legal and political obstacles coupled with racism. The lawyer tirelessly battles for MacMillian’s innocence as well as another black man (portrayed by O’Shea Jackson Jr.) who was wrongly convicted of murder in Alabama.

With assistance from Eva Ansley, the local operations director of the Equal Justice Initiative played by Brie Larson, Stevenson worked on one of his first and most malevolent cases that ultimately became historic.

Director Destin Daniel Cretton brought the all-too-familiar story to life with the help of Stevenson’s 2014 award-winning bestseller Just Mercy: A Story of Justice and Redemption.

The drama will premiere at the Toronto International Film Festival in September and debut in theaters on Christmas Day (December 25).