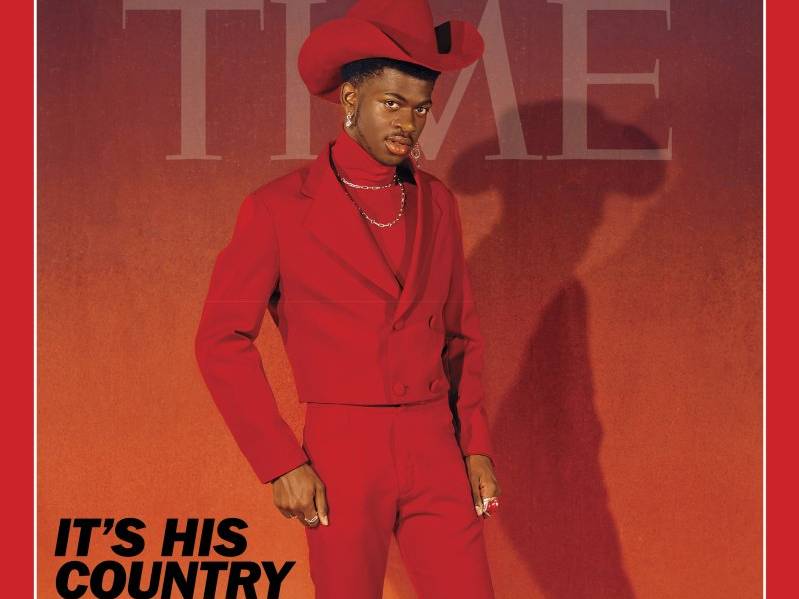 New York, NY – Lil Nas X was already riding high in 2019, thanks to “Old Town Road” and its record-breaking 19 weeks (and counting) at the number one spot on the Billboard Hot 100. Now, he’s gracing the cover of the August 26, 2019 issue of TIME, a feat more commonly associated with world leaders than country-trap rappers.

Boasting the headline “It’s His Country: The Wild Ride of Lil Nas X,” the 20 year old was photographed by Kelia Anne donning a PHLEMUNS suit, rings by Aman Itomi Jewelry, jewels by Armature and a made to measure custom Gladys Tamez Millinery hat, along with cow print boots. Hodo Musa styled the cover.

The story, written by Andrew R. Chow, goes into Nas X’s rise to fame on the heels of “Old Town Road.” It discusses the song’s gaining popularity through TikTok, the controversy that arose when Billboard booted it from the Hot Country Songs chart, and the subsequent chart success of the remix, featuring Billy Ray Cyrus.

Other topics addressed are Nas X’s coming out as gay in June as well as his dealing with “acute anxiety.” He describes the constant communication of fame as “overwhelming,” saying, “I just shut down on everybody–I’m still a loner in a lot of ways.”

Since “Old Town Road” dropped, Nas X has released the 7 EP, which peaked at number two on the Billboard 200. He indicates a video for the Cardi B-featuring “Rodeo” is set to drop in the near future.