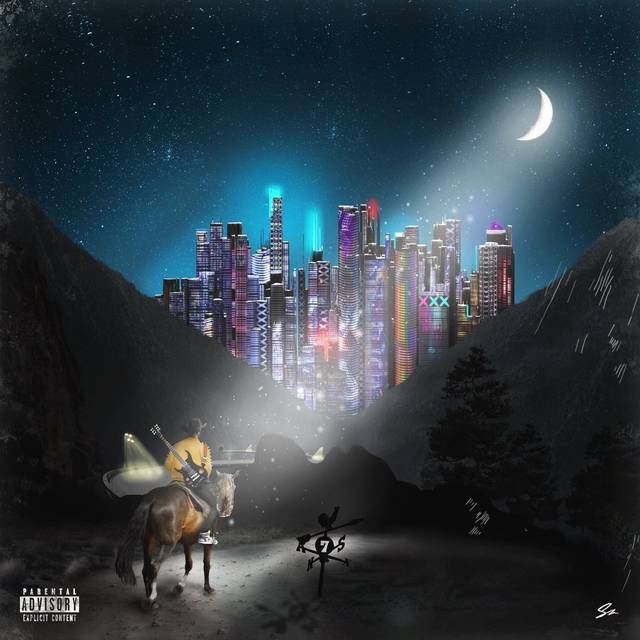 Love it, hate it, or simultaneously love it and hate it, “Old Town Road” is not only the song of the summer, but will go down in history as a paradigm for social media marketing.

Seemingly coming out of nowhere, Lil Nas X, a 20-year-old internet savvy rapper, has managed to make an irreverent country-trap track into a ubiquitous sensation. As a follow-up to his juggernaut of a single, he has dropped 7 — an eight-track hodgepodge of ideas.

Despite often being derivative, the EP does have a few charming moments and is uniquely eclectic.

Each song on 7 tries to emulate a distinct musical style, and never lasts longer than two minutes and thirty seconds. Presumably for streams, the social media star has included both versions of “Old Town Road,” with and without Billy Ray Cyrus. But that track’s genre-blending ethos carries over to many of the songs. “Panini” is a competent, synthy trap pop song that while being catchy, doesn’t necessarily make the case for Lil Nas X as a lyricist. Even when he gets more personal, he is clearly not concerned about crafting insightful metaphors.

He flexes the poetic prowess of a nursery rhyme in the bars: “Ayy, Panini, don’t you be a meanie/ Thought you wanted me to go up/ Why you tryna keep me teeny? I/ It’s a dream, he wished it on a genie /I got fans finally, ain’t you wanting them to see me?”

Earworms aside, some songs are merely second-rate homages. Both “F9mily (You and Me),” produced by Travis Barker of Blink-182, and “Bring U Down,” produced by Ryan Tedder of OneRepublic, come off like Guitar Hero covers of rock hits. The EP’s lowest point is “C7osure (You Like),” a mid-tempo hip-house song that’s painfully boring and uninspired.

7 does show some promising directions for the meme maestro. “Kick It” has the rapper demonstrating some vocal restraint over moody production comprised of trumpets, orchestral strings, and trap beats. And on “Rodeo,” featuring Cardi B, the star hints at a formula for building off “Old Town Road” and musters out another country trap bop. Even if her appearance is purely for clout purposes, Cardi gives it her all by embracing the “yee-haw” agenda and delivering humorous, vindictive bars about a lover who wronged her.

As a child of the internet, Lil Nas X is a collagist who knows how to capitalize off all the memes that will inevitably pop up on TikTok, Instagram, and Twitter. Instead of being considered “post-genre,” the term “post-taste” is probably more fitting.

The majority of 7 would make more sense as amusing fake music blasting from a video game jukebox. But it’s 2019 and our lives are beginning to resemble a computer simulation anyway, so why not just enjoy this postmodern ride til’ we can’t no more?