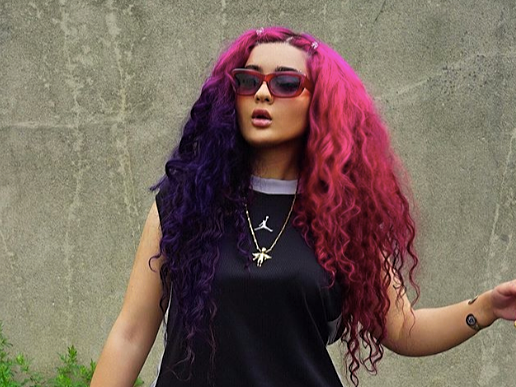 Rising R&B singer Dounia dropped her debut studio album, THE SCANDAL, on Wednesday (July 17). The 12-track project builds on her NOT GOOD FOR THE EGO EP, repurposing two singles from the previous work.

Dounia herself is credited as the sole writer behind the lyrics on the new album.

“THE SCANDAL I feel is my most vulnerable project yet,” she tells HipHopDX. “I really wanted to be transparent with my experiences this past year, in regards to relationships, the music industry and life in general. In the same breath, I still feel like it offers the sonically versatile nature I try to integrate into all of my bodies of work,” says the Queens-born artist in an exclusive quote to DX.

Dounia will hit the stage at Diplo’s Mad City Festival in Boston on July 20, which will be followed by a performance at Rolling Loud Bay Area on September 28 in Oakland.

Check out THE SCANDAL cover art, stream and tracklist below.

My next project THE SCANDAL will be available for pre-order tonight 12am EST with a new song DELIGHTFUL prod by me and @luisbordeaux . Cover art by me. 🔮🥰🎨