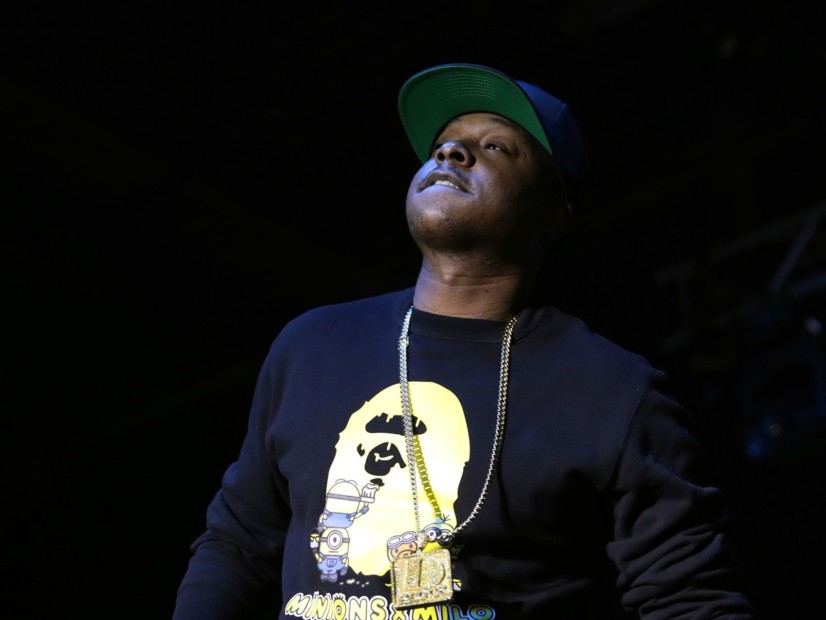 New York, NY – Jadakiss raised a few eyebrows this week after a photo of a pizza-less pizza he’d ordered from Cuts & Slices Pizzeria went viral. But according to an interview with TMZ, The LOX vet had a perfectly sound reason for ordering the crust only concoction — he’s on a dairy-free diet.

“Crust was always my favorite part of the pizza from when I was a little kid,” he says in the clip. “Now that I’m on the healthy thing, I found out how bad dairy is. I used to just rip the cheese off and just eat the pizza like that.

“Then my bucket list was to go in the pizza shoppe and try to just order crust, a pie of crust. I never could do it until my man Randy got the Cuts & Slice Pizzeria in Brooklyn, so the owner was my man.”

‘Kiss says he was able to ask Randy to hook it up just how he liked it.

“I was like ‘Yo you think you can make me a pie just the crust?'” he continues. “He’s like, ‘You serious ‘Kiss?’ … So he made it and I went by and got it. Everybody was laughing. I enjoyed it.

Would YOU eat this?

Special request for @therealkiss ❗️ Who else like Crust only? 👀

[This article has been updated. The following was published on July 17, 2019.]

Jadakiss was hungry one night and being a New York native, what’s better than pizza? So, he called up Cuts & Slices Pizzeria in Brooklyn to place an order. But forget toppings, cheese and all that other nonsense — he just wanted the crust. Crust only.

With an order that bizarre, Cuts & Slices evidently just had to share an Instagram photo of the ‘Kiss creation and made sure to include the marinara.

“Special request for @therealkiss,” the company wrote on its Instagram page. “Who else likes Crust only?”

Special request for @therealkiss ❗️ Who else like Crust only? 👀

The photo of the “pizza” quickly went viral and naturally, social media had jokes.

One Twitter user, rapper Brinx Billions, suggested Jadakiss was an alien and the pizza-less pizza was proof.

“Extraordinary demands for an extraordinary word smith,” he wrote in the comment section. “@therealkiss is a alien. Never heard a wack kiss verse. This pie just confirmed my theory.”