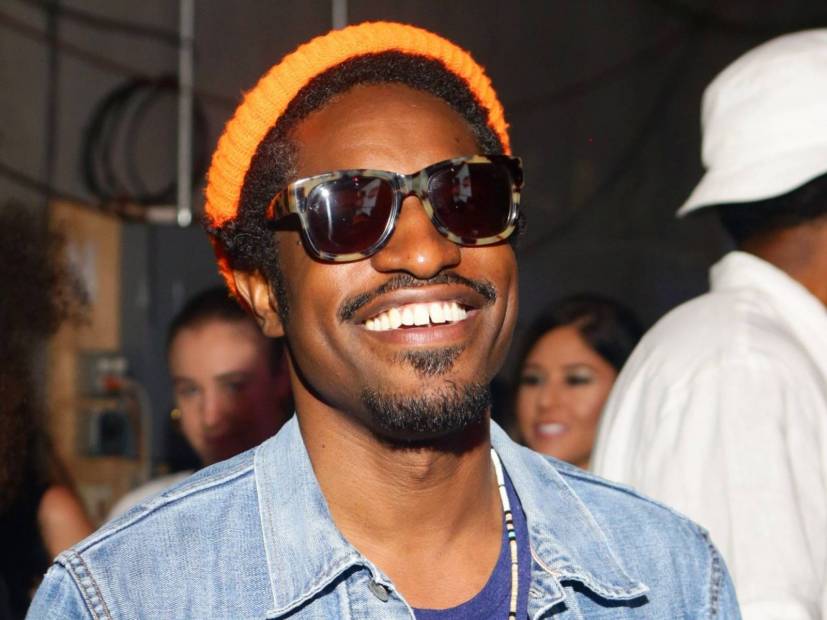 André 3000 is in that stage of his career where he really can do whatever he wants. As one-half of the esteemed Atlanta Hip Hop group Outkast, he’s carved out a comfortable living and can just be himself wherever he goes, something he’s always done.

A few star-struck Philadelphians recently caught 3 Stacks in what is apparently his new element — walking around a major metropolitan city playing a double flute.

The Philadelphia Inquirer spoke to Russ Johnson, who was driving by St. John the Evangelist church when he spotted Dre. The seasoned actor/musician happened to be in Philly working on the AMC anthology series Dispatches From Elsewhere.

“When I walked past him the first time, I didn’t approach him,” Jackson said. “I just saw a guy, but he kind of fit the mold of André 3000. As I was walking, it started to click that it was probably him.”

Jackson was compelled to stop and watch Dre deliver a solo on what he described as an “artifact.”

“He was very welcoming,” Jackson said. “I asked him what he was doing in town. He said he was in town for two weeks filming something for TV.”

Wasn't tripping. It's him. 3 Stacks in the flesh. And his flute game is A-1. pic.twitter.com/xbQTqjsJiC

“It seemed like no one recognized him,” Hankinson said. “But I think he wants people to know he’s here. André then happened to come into her place of employment the following day.

“He had on the exact same attire as the day before — overalls and a black shirt,” she said.

There have been at least a dozen 3 Stack sightings in Philly this month.

So tonight at work we caught Andre 3000 casually strolling around w/ a flute in his hand.

Andre 3000 is playing his flute around Philly during Netroots Nation https://t.co/avbyYTJhVS pic.twitter.com/4M436iEQhp

OMFFGGGG DID I JUST SPOT andre 3000 IN PHILLY??? PLAYING THE FUCKING FLUTE AT THE MARKET

The celebrated Hip Hop pioneer has also been seen playing the double flute in Los Angeles and New York City.

Last month, he was photographed wandering around an airport terminal as he waited for a flight. NPR radio producer Antonia Cereijido watched for 40 minutes until she finally had the courage to approach him.

Meanwhile, Dispatches From Elsewhere is filming through fall and expected to premiere in 2020.