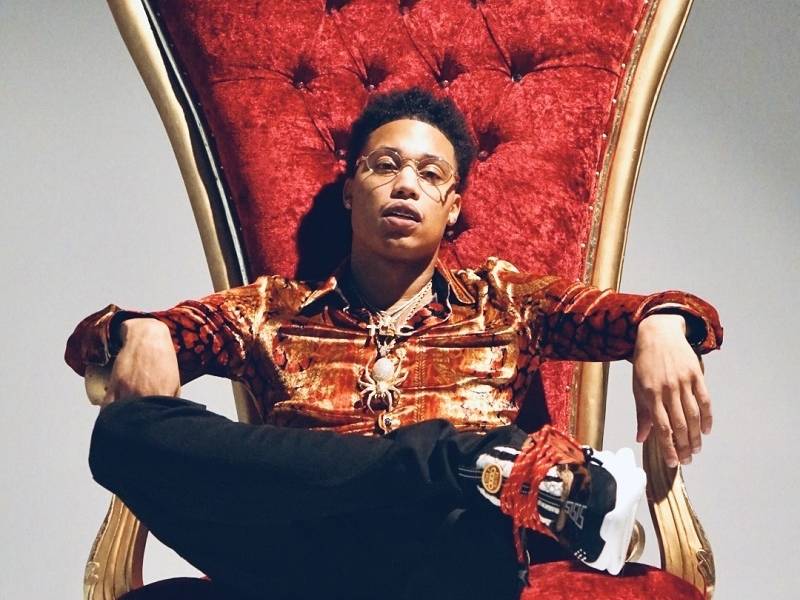 Baton Rouge’s TEC is carrying his team on his back. With his partner-in-rhyme Maine Musik currently locked up behind bars, the Spider Nation artist’s solo work is being relied upon to maintain years of hard work put in their brand.

“We built this together,” he tells HipHopDX. “I ain’t do this all by myself. The Spider brand, Spider Nation, all this, we built that together. So not having him here, it is hard. It’s difficult.”

Much like Bun B’s days championing UGK while Pimp C was in prison, TEC is doing whatever he can to keep Spider Nation on people’s minds.

“I really got to stand on this all by myself,” he notes. “But that’s my purpose. I feel like God put us through all of this because he seen this happening. He ain’t give me nothing that I can’t handle, so I’m gone handle that for sure.”

With the release of his EMPIRE-distributed solo album Ketha Son, TEC decided it was time to alter his musical approach.

“This one right here is more personal,” he explains. “The other stuff, I put a lot of gangsta rap on there. But this one is more personal. I wanted it to be more about myself as a person on this CD than the other ones.”

The shift in content also inspired the name of his LP.

But don’t mistake TEC’s artistic evolution for him losing his edge. One needs to look no further than his beef with Young Thug and YSL, who drew TEC’s ire for allegedly stealing from Spider Nation.

“Them dudes was like snakes and slimes,” he points out. “Snakes represent them. They say slime stuff and then out of nowhere they were just Spider wave, we Spider drip, Spider this, Spider that, do this like a Spider and all that shit … as soon as I seen it, it was so many people sending me this shit, my fans and everybody. I was trying to overlook the shit like, ‘Aw they just doing that shit.’ You know a nigga might just have a song called Spider or some shit. I don’t know. Like I’m thinking he gone just fuck with it and leave it alone. But I really wasn’t seeing that.”

TEC’s frustration led to him airing out Thugger on social media. While he admits he would’ve rather discussed their issues in person, the Louisiana-bred artist couldn’t let what was happening slide without a response.

“This nigga wanted to try and make a clothing line,” he recalls. “He put out a mixtape called Big Spider. And he just wanted to go hard with this Spider shit. So, I couldn’t look over it no more. I [was] just like, ‘Fuck it.’ I’d rather have talked to him in person or some shit, but niggas like that — I don’t really fuck with that kind in the industry and I didn’t have no way of reaching him. So what’s the best way to reach anybody? Social media.”

He continues, “So, I went at him. I said some shit that I knew he wasn’t going to ignore and boom, he writing me in my DM like, ‘We should collab. I can get you some money. I could do this, I could do that. We should come together. You going about it the wrong way. Nobody don’t need to get killed.’ This and that type of shit. So I’m like, ‘Alright, we could have went about it the right way. But y’all niggas weren’t screaming Spider when we needed y’all. We built this shit on our own.'”

Everybody Spiders Now Bitch pay Homage to Your DADS @maine_musik ????FUCK ALL THE IG CLONES THE STREETS KNOW WAZZAMM‼️ #DontGetCaughtinTheWeb ?

TEC was bothered by Thug’s reaction too. In his mind, the YSL founder got caught stealing and tried to get away with it by pitching a collaboration.

For TEC, the feud with Thug is a matter of principle. He refuses to let a bigger name in the industry take what he and Maine Musik established as independent artists.

“We standing on this shit,” he declares. “We the only Spider. Young Thug, he tried to come to me. But nah, I’m straight, nigga. This Spider shit, this is us — me and Maine, that’s it. Spider Gang, Spider Nation … I would son him, but he like a daughter. So, I daughtered him. Him and Gunna. I actually still listen to Gunna’s music, I ain’t gon’ lie. I can’t deny good music. Gunna got some good music, but both of them my daughters though. Put that in the interview. Fuck him!”

TEC’s Ketha Son is available now on all streaming platforms.