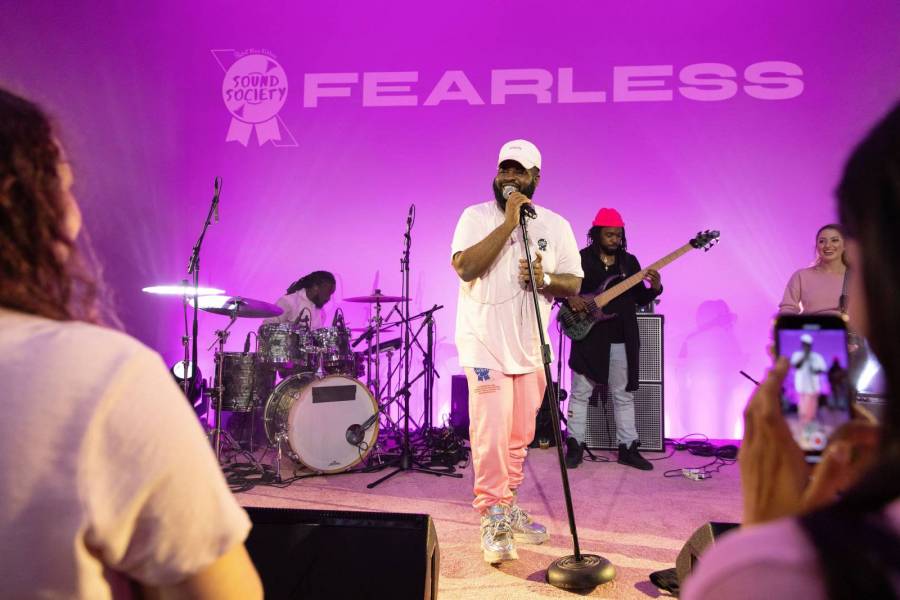 Now, the PBR Sound Society has returned with an onslaught of 30-plus exclusive pop-up events highlighting artists such as Aaron Aye and Bbymutha, to name a few.

On Wednesday (June 26), PBR Sound Society’s inaugural event descended on Los Angeles, in partnership with new R&B phenom Pink Sweat$. The evening, filled with stimulating multimedia installations, was backed by a panel led by music journalist Jeff Weiss and an exclusive performance by the “Honesty” singer.

Fans were invited to engage in a wide variety of curated activities including a wall of fearlessness, where attendees could write testimonies of how they overcame their fears, and the cash register set from the video of Pink Sweat$’ aforementioned hit record.

Weiss and the singer (who recently made a HipHopDX list of R&B artists you need to be streaming like yesterday) took the stage midway through the evening and discussed myriad of topics focused on how Pink Sweat$ overcame fears and depression and how that fueled his musical journey.

“I was depressed for a short period,” he admitted to Weiss. “What snapped me out of it was the reality that things started to work.”

Sweat$ (born David Bowden in Philly) also spoke briefly about finding himself outside of the pack and how it translated into honing in on his unique sound.

“I am not trying to be different. I am different,” he continued. “I started to write songs that meant something. I wanted people to think, to touch people’s minds and make them think just a little. Not just make music to play in the club.”

The evening was capped off with an intimate performance alongside his band that included a riveting freestyle medley.

PBR Sound Society is currently working with director Jackson Tisi and Pink Sweat$ for a short film that is loosely based on the event and shares some of the singer’s personal experiences. It’s expected to be arrive next month.