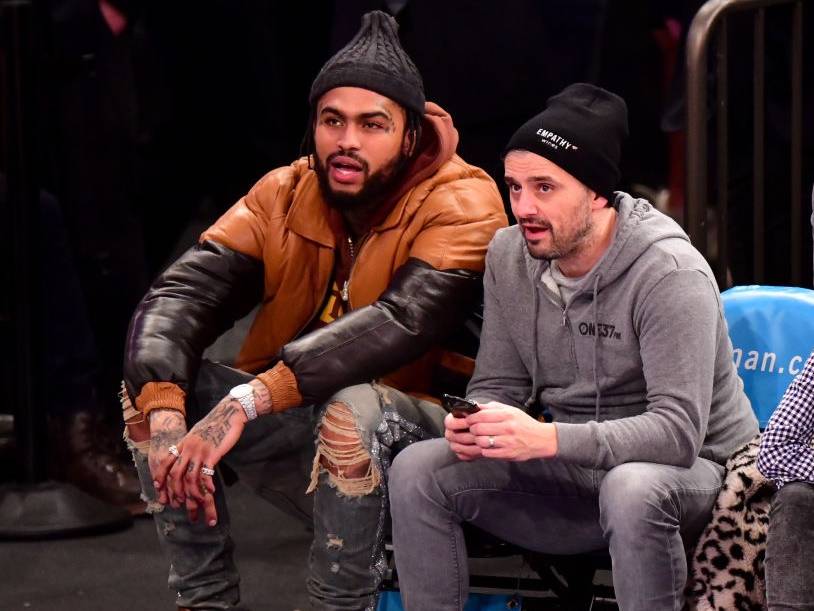 LOS ANGELES, CA – Dave East has honed his skills as an East Harlem, New York, rapper – but could he also be an asset to the New York Knicks one day?

On Wednesday (June 26) Dave East caught up with TMZ and mentioned that he’s interested in trying out for the NBA.

In actuality, Dave East hooped in college. Playing AAU ball alongside Kevin Durant and Michael Beasley, 6’5” East landed a Division 1 scholarship to play for the University of Richmond. However, his grades put a halt to that.

Like Master P, who simultaneously was a Toronto Raptor/rapper at one point, this would too make East 31, living out his NBA hoop dreams as a rapper.

East told TMZ, “I might … It gotta be the Knicks, I gotta be in New York.”

Coming off a 29-53 record where they finished 11th in the Eastern Conference, the Knicks enjoyed a top three pick in the recent 2019 NBA Draft for the first time since 1985 when they selected Hall of Famer Patrick Ewing.

With their selection, they recruited prospective star in star Duke guard/forward  RJ Barrett.

Later on in the interview, East spoke on the status of his long-time friend and former teammate, Kevin Durant, who recently injured his Achilles during the NBA Finals. East claims that he is doing well and is recovering, and would like for Durant to join the Knicks this upcoming offseason.

Maybe the two will reunite as teammates again in the future?