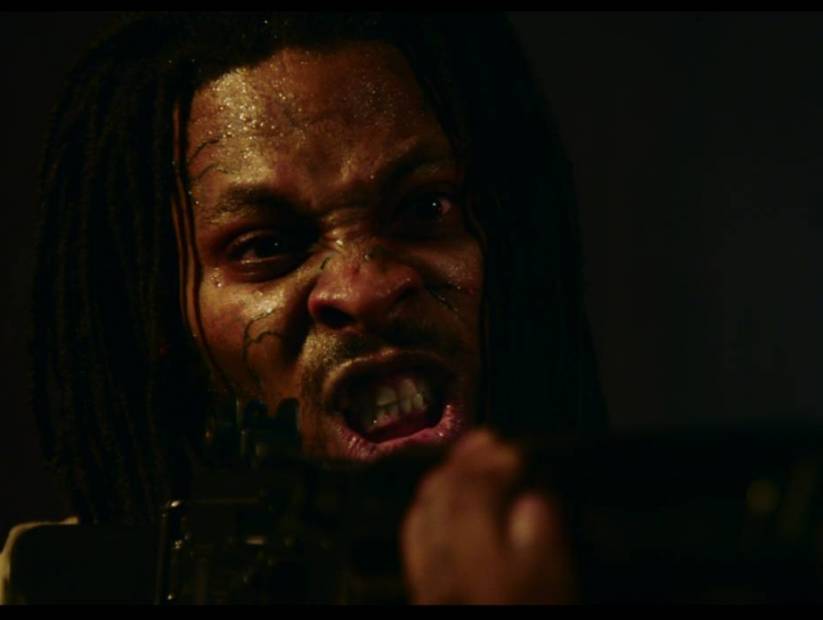 Atlanta, GA – As one of the most animated rappers to ever hit the scene (name and all), it’s a marvel that Waka Flocka Flame hasn’t taken to acting sooner.

But timing is everything and the Flockaveli visionary recently made his film debut in the psychological drug dealer thriller Mollywood where he stars as the sociopathic Bijou.

HipHopDX recently caught up to Waka to discuss his present and future bouts with the acting bug.

HipHopDX: Congratulations are in order because you did good in this movie.

Waka Flocka Flame: Oh yeah thank you, you got a chance to look at that?

HipHopDX: Definitely. You know London On Da Track didn’t do too bad either, but you definitely have a future in these cops and Law & Order type shows, any one with 5-0.

You play a good semi-good guy/bad guy villain, or the antihero I should say.

Waka Flocka Flame: Law & Order, ha! I can’t go out like Ice-T but damn. I’m going to be the Ice-T of my generation, that nigga made millions off that shit! [Laughs].

HipHopDX: Still making them! I have to ask: When I saw the trailer the first thing I asked myself, ‘did someone see the “Bustin At Em” video and get inspired to make a whole movie around it?’

A lot of scenes were like the “Bustin At Em” video. Remember when you did that?

Waka Flocka Flame: Yeah that’s the same director, that’s funny you say that. That’s my dog Morocco Vaughn. You see how we gotta stay down and stay real, man.

We let him shoot one of his first major videos, he gave me one of my first major films. To me, that’s staying down and keeping it real right there.

Waka Flocka Flame: I ain’t going to lie, you know what it was like? That shit was like a blessing man. In entertainment you know how the day starts and when the day ends, in music it’s unorthodox, you don’t have a time schedule. That’s what made it easier than music.

HipHopDX: Working with some of these actors and actresses, who you know have a couple of films under their belt, did you soak up game? Did you learn new tricks on the set, on the fly?

HipHopDX: Would you say from all your travels, especially once you entered the EDM world, would you say that you’ve seen some of this in real life? The way people interact and you know, buy drugs in the club.

Waka Flocka Flame: Definitely! This is definitely legit! When I tell you this hits home, you know how many kids I’ve seen like, and I done seen of kids hit me up “Waka let’s turn up. Yo, I got this” then take it.

Shit is so hype! All the drugs in the world. Some kids, I’m not saying all. I done seen that shit before.  You don’t know how vulnerable you are when you’re in that space. You don’t know what the other person’s thinking, or why they’re offering it to you. Maybe they see weakness, or they see opportunity.

HipHopDX: Lastly, what’s up with the Mollywood soundtrack? A Mollywood EP? You and London together?

Waka Flocka Flame: That Mollywood soundtrack, we didn’t want to be too cliché and make up a whole Hip Hop album, we kind of like stepped out of our range.

Mollywood is currently available on YouTube, Amazon, Google Play and everywhere else fine movies are streamed. Check it out now and look out for Waka Flocka Flame’s Flockaveli 2 sooner than later.