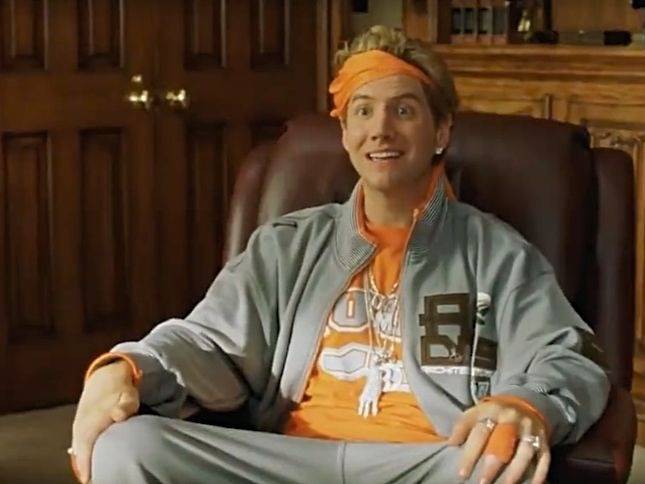 A neighborhood in Newton County, Georgia was tagged with alleged gang graffiti earlier this week. According to WSB-TV Atlanta, at least three homes and a car were hit with black spray paint. Neighbor Mary Smith was shocked.

“I couldn’t believe it when I saw it ‘cause we don’t have that in this neighborhood,” Smith said. “It’s quiet out here.”

But, there was another issue. The word “Crips” was written in messy cursive, calling its authenticity into question.

Naturally, Twitter erupted with jokes and the subject became a trending topic on the social media platform.

The Crips came thru and spray painted “Crips” on everything???

The Crips are trending on Twitter. It’s funny because everyone knows that it’s not THE Crips tag but the news is running with the story lmaoo. ??‍♀️??‍♀️ five minutes of actual research
Lmao cursive? Explaination points? Gangs tag sets not the word ????? I’m dead lol pic.twitter.com/cNV7DGijEZ

Neighbors came home to find graffiti spray painted on their houses & cars https://t.co/5rpf1hqyQb TONIGHT AT 11 @AlyssaHymanWSB explains why one homeowner says the criminals did more than vandalize pic.twitter.com/1YUb6RQenO

We all know who spray painted
“ crips “ pic.twitter.com/1eWwWABLmb

*sees why "Crips" is trending* pic.twitter.com/SL8ODMGLnk

LMFAOOOOOOOO BITCH CRIPS DID NOT SPRAY PAINT YOUR GARAGE AND HONDA CROSSOVER IN JANKY CURSIVE JUST LOOK FOR ANY KID NAMED COLE IN UR NEIGHBORHOOD, IT WAS DEF HIM https://t.co/qgW34e0RVV

crips out in the suburbs practicing their cursive tagging. pic.twitter.com/Uql9dYoj2f

Crips don’t know cursive writing.
Crips would never tag like this.
Exclamation points at the end…?
Bruh…Some wypipo did that shit!

crips finding out they trending but for sum they didn’t do pic.twitter.com/MO28iotLzG

Found the crips that are responsible for that graffiti ??? pic.twitter.com/NwveKBwTqo

Shocking gif of the Crips in action. pic.twitter.com/xLqD5nrnjD

I feel like the Crips are primarily a BBQ organization and have been misunderstood. Does anybody BBQ more than the Crips? Everytime u see em they bbqin havin a great time. They should sell grills and sauce and shit. I wonder who was the greatest Crip cook of all time???