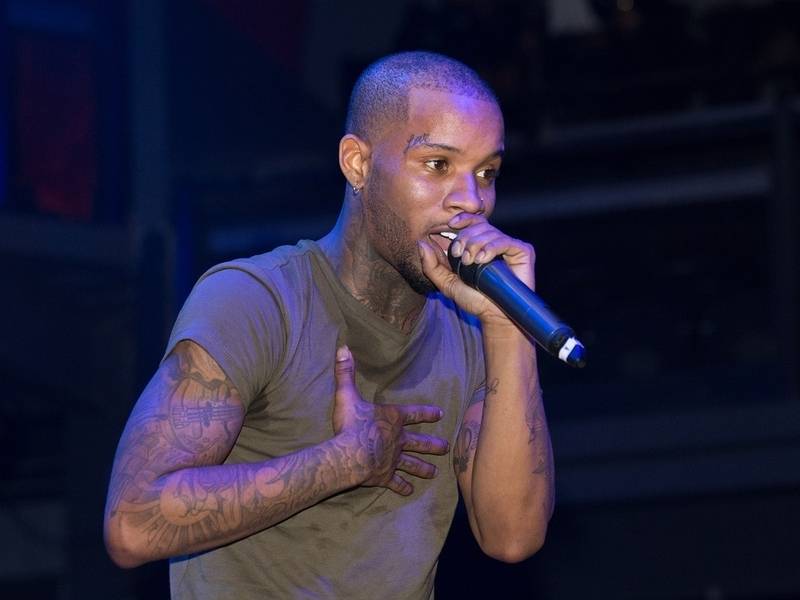 Tory Lanez is defending himself after being accused of staging a video in which he took a stand against colorism. The outspoken artist has denied participating in a publicity stunt in response to allegations made by the model in the footage.

“this is the one and only time ima address this,” Lanez wrote on Instagram. “i went out of my way to bring awareness to an important topic of discussion that never gets addressed. the internet has a funny way of tryna take the light off of truthful shit . IF this was a publicity stunt, why would i be doing it for someone elses music video? why wouldnt i have paid the females involved? And if I did pick both girls then how come there’s only shots of me with the ebony model and not the other one ?”

He continued, “Mind y’all this video shoot happened 3 months ago and a behind the scenes camera man DM’d it to me the other day.. All parties that were involved know exactly what happened in the 30 minutes that I was at the shoot . Whether or not they wanna be truth or not . Much love .”

In the video, Lanez stops a darker skinned model from being switched for one with lighter skin. His statement was issued Monday (June 17) after the model in the clip, who goes by @sultryshen on Instagram, claimed he was lying.

“Tory asked for both me and the girl to do solo shots,” she said, according to The Shade Room. “When it was her turn he said cut the video to make it appear as if it had something to do with race. I know the directors very well and they made me the lead girl in that video and many others.”

She added, “He actually never talked to me on that set and kept telling her how beautiful she was.”

However, Mia Rothwell — the other model in the video — has publicly backed Lanez’s version of the events. In a lengthy Instagram post, she refutes any notion it was staged.

“I’m not sure where people are going saying it was staged because it wasn’t,” she wrote. “They are talking the most amount of shit.”

Check out her entire explanation below.

To be fair, the other woman seen in the @torylanez video says everything went down exactly how he said it did. It’s up to you guys now to believe it or not. All I know is my Twitter lit so follow me? Via @hiphopintheciti