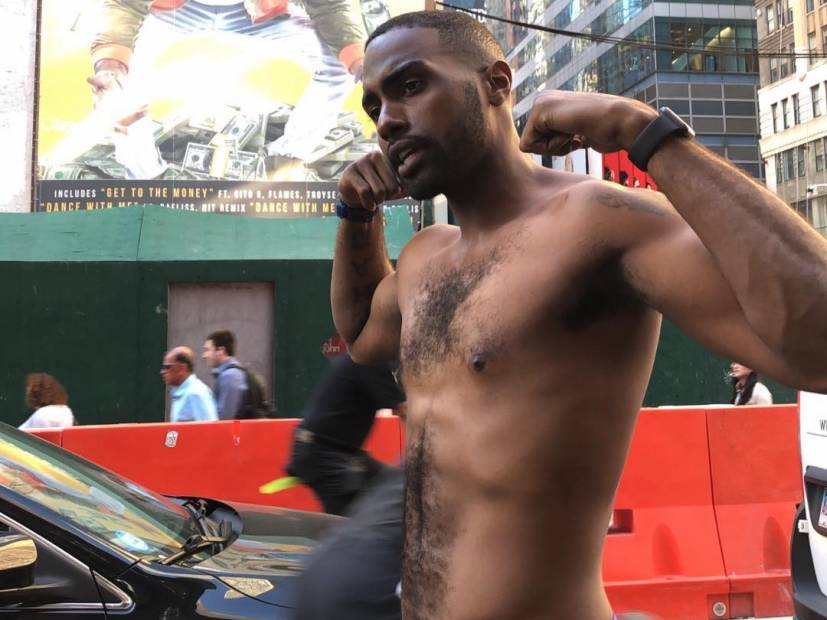 Baltimore, MD – Chad Arrington, an aspiring rapper out of Baltimore who goes by the moniker Chad Focus, is facing up to 20 years in prison for allegedly charging $4.1 million in unauthorized purchases to his company American Express card, The Baltimore Sun reports.

As Chad Focus, the Baltimore native released a song titled “Dance With Me” in 2017. “Dance With Me” landed on Billboard’s Dance Club Songs chart at No. 38 the following year. He also released a remix featuring Grammy Award-winning artist T-Pain — all of which was allegedly funded through the use of his company credit card between January 2015 and August 2018.

The 31-year-old alleged con artist reportedly worked as a Search Engine Optimization specialist for several years at investment publisher Money Map Press, a subsidiary of the local financial publishing giant The Agora Companies, which gave him access to the American Express card.

Arrington also used the Amex to splurge on audio equipment, artificial streams on Spotify, social media followers and billboards across the country, including a massive advert in the middle of Times Square he purchased through Focus Music Entertainment LLC — a company he formed to push his music through under his stage name.

The bizarre and enormous Times Square billboard for CHAD FOCUS, “#1 ARTIST IN THE WORLD” pic.twitter.com/aa9sx1piJG

His YouTube channel appears to have a few music videos he’s invested in including his year-old track “Get To The Money,” which has pulled in over 4.3 million views to date. The official music video for “Dance With Me” sits at a paltry 1,686 views at the time of this writing.

On Arrington’s Instagram, he offers his more than 187,000 paid followers advice on how to make a No. 1 hit record.

“A lot of these marketers, a lot of these record labels and a lot of these niggas talking shit, they don’t understand how to take an artist from to $300,000,” he says in one video. “Instead they spending millions of dollars. If you can officially come up with $300,000 you can streamline your efforts.”

$300,000 Marketing BUDGET explanation from the #BestMarketerOnEarth about how go #1.

According to the FBI and U.S. Attorney’s Office, Arrington also used the card to make $1.5 in purchases with businesses owned from unnamed accomplices. The unnamed people then kicked back hundreds of thousands in cash to Arrington. He also allegedly blew $100,000 on promotional “FOCUS” hats as well as an additional $125,000 in flights and tickets for his own shows.

On May 29, he was indicted by a federal grand jury.

Arrington is being held without bond and will stay behind bars until his scheduled hearing on Friday, June 7. He faces federal charges of conspiracy, wire fraud, and aggravated identity theft.

Watch the artist known as “Chad Focus” flash wads of stolen cash in his music video for “Cents” below.