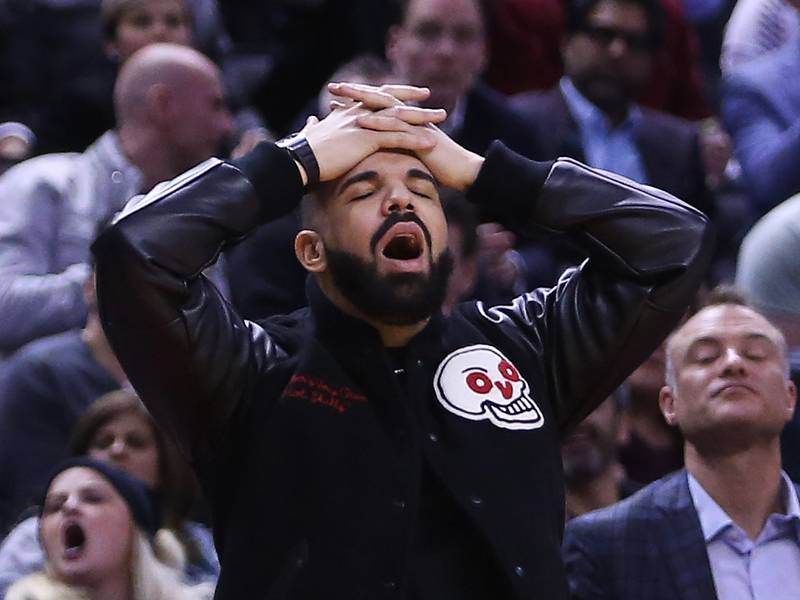 The sideline antics of Drake, a noted Toronto Raptors superfan, have become a major topic of conversation in his favorite team’s series with the Milwaukee Bucks. Drizzy’s behavior during games is bothering some people, including Bucks head coach Mike Budenholzer.

On Thursday (May 23), Mallory Edens — the daughter of Bucks co-owner Wes Edens — inserted herself into the Bucks vs. Drake saga by wearing a Pusha T shirt to Game 5 of the NBA’s Eastern Conference Finals.

Edens was sitting next to Green Bay Packers quarterback Aaron Rodgers and sporting a tee with an image of Drizzy’s rival.

The t-shirt taunting comes on the heels of Drake’s response to criticism of his actions at Raptors games. In an Instagram comment, the OVO superstar fired back at those condemning him.

“Sports media needs to accept the simple rule the Miami Hurricanes signed into law back [in] the 80s: if you don’t want the opposing team to celebrate and dance, prevent them from scoring, winning, or achieving their objective,” he wrote. “Get over it and keep it moving.”

The Raptors currently hold a 3-2 lead after five games.