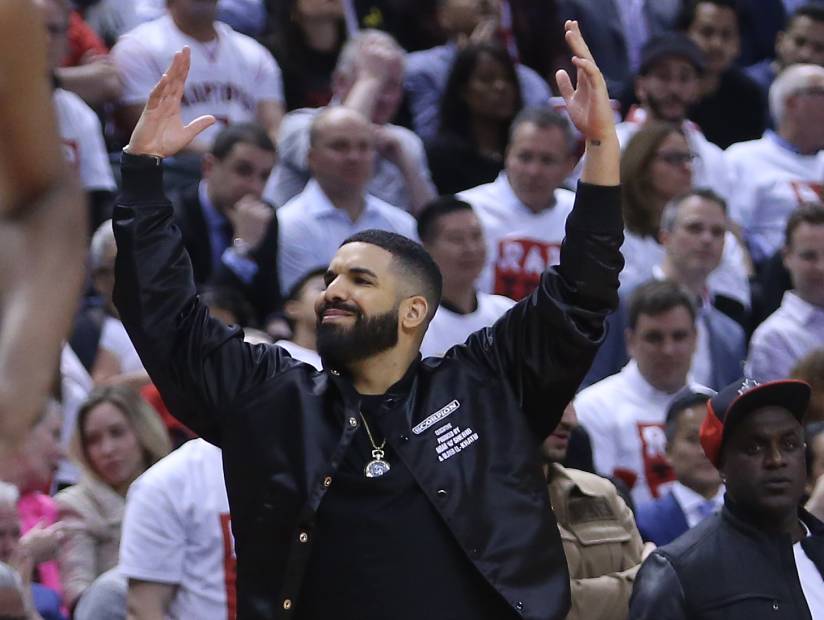 “No more Drake until the series is done,” the radio station declared in a video on Facebook before deleting his Billboard hit “In My Feelings” off their set list.

Game 1 of the series took place at the Fiserv Forum in Milwaukee on Wednesday (May 15) with the Bucks taking home the win, 108-100.

Drake, who is an obvious loyal supporter of the Raptors, has made it habit to troll his team’s opponents on the sideline. When the Raptors went up against the Philadelphia 76ers in Game 7 during the NBA playoffs, the Toronto native took advantage of the purported “Drake curse” by rocking a pair of 76ers basketball shorts.

Drake actually wore 76ers shorts to reverse the curse on Raptors in Game 7. 🤣😂

The Bucks have not gone to the NBA Finals since 1971 and 103.7 Kiss FM just wants to take a break from Drizzy until the series is over.

It’s not just Champagne Papi’s music either; it’s anything featuring him as well.

“Oh – its a song that features Drake? Nope. Sorry. Byeee. We can’t take that chance,” a blog post from radio station reads. “When Toronto comes to Milwaukee, they won’t be hearing any of their hometown boy on 103.7 KissFM. Nah, son. Keep that ish in your BEATS. Not in OUR HOUSE.”